Is the Bersa Thunder 380 the Budget Gun of Everyone's Dreams? 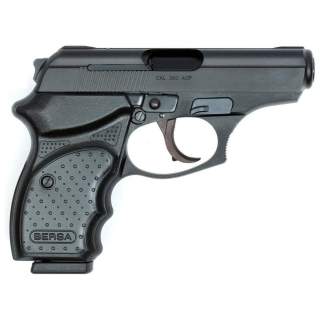 Key point: The Bersa Thunder 380 is a very popular and affordable option for concealed carry.

In the world we live in today there are a nearly limitless number of concealed carry options when it comes to firearms. The problem, however, is that not all of these CCW firearms are cheap. On the contrary, some can be quite expensive and out of the realistic price range for several folks.

Fortunately, there are a number of budget CCW options that you can buy. The question, of course, is whether these budget options are quality.

One of the most popular budget CCW options is the Argentinian-made Bersa Thunder 380. In continuous production by Bersa since 1995, there are currently over one million Thunder 380’s in total circulation in the United States alone. It’s also routinely available for $250 or sometimes even less.

But is the Bersa Thunder 380 a quality pistol? Is it a weapon you can carry every single day and depend your life on? Let’s find out.

INTENDED USE OF THE BERSA THUNDER 380

The Bersa Thunder 380 is, first and foremost, designed to be used as a concealed carry piece. This is due to its small size and .380 caliber chambering. It’s too small of a pistol to be used as a duty sidearm, though it could obviously be utilized to that effect if absolutely nothing else was available.

DESIGN DETAILS OF THE BERSA THUNDER 380

Just like the PPK, the Thunder 380 is a DA/SA hammer fired pistol. The first trigger pull is long and gritty, while all subsequent trigger pulls are short and crisp.

Also keeping in line with the PPK, the Thunder 380 has a fixed barrel design and a blowback action. Both of these features help aid in accuracy and make fast follow up shots easier.

There is a safety/decocking lever on the right side of the slide of the Bersa, and it acts identically to the PPK or Beretta 92 in that engaging the safety (by pushing the lever downwards) simultaneously decocks the pistol.

Besides the manual safety, the Thunder 380 also has a magazine disconnect feature, which means that the weapon can only be fired with a round in the chamber. This will be either a pro or a con depending on how you see it. However, if you’re someone who doesn’t like magazine disconnect safeties (and you’re certainly not alone), there are multiple YouTube tutorials that teach you how to remove it on your own.

The Thunder 380 has a security lock system, where if a key provided with the pistol is inserted into the lock and turned, the entire firearm is rendered useless.

Again, this is a pro or a con depending on how you see it. If you have small kids in the house or live in an area with high burglaries, having the safety lock engaged while the pistol is stored away wouldn’t be a bad idea. This way, anyone who shouldn’t be handling the firearm will not be able to wield it.

However, this can also be a negative if you need to respond to a home invasion and grab the weapon, only to realize that the lock is engaged. At that point, you would have to locate the key and fumble around with it to turn back the lock and make the pistol operable.

Furthermore, many people have a psychological issue with having a safety lock on their defensive pistol, mainly due to a fear that the lock will accidentally engage on its own when the firearm needs to be used in a life-or-death scenario (such as if the gun is thrown or dropped hard enough against a solid surface).

There are preciously few reports of this happening with firearms in general, but if it’s an issue for you, the key lock can be disengaged just like the magazine disconnect can.

The Thunder 380 has an aluminum alloy frame. This means that the pistol is still heavier than several other concealed carry options of similar size. This weight has an advantage in that it helps to tame recoil. Add this to the fact that the .380 cartridge already has very limited recoil, and it’s easy to see how the Thunder 380 is an easy gun to shoot.

The Thunder 380 has also gained a reputation for being a well made and reliable weapon. Many report having tens of thousands of rounds through their Bersa 380s without any malfunctions of any kind or wear on the frame. This, combined with its low price, is what has made the Thunder 380 a very popular defensive firearm in the United States and in other countries.

ADVANTAGES OF THE BERSA THUNDER 380

So, what are some of the advantages to the Bersa Thunder 380?

The first advantage is its price. The Thunder 380 is routinely available in the $200 to $275 range, which is very reasonable and something that those on a budget can afford.

Another advantage to the Thunder 380 is its quality and reliability. Despite the low price, the Thunder 380 has built a considerable reputation for being very reliable and durable. There’s a reason why over a million of these guns are being used in the United States alone today.

The Thunder 380 also has the distinction of being a very accurate firearm as well, thanks to the moderate recoil of the .380 cartridge, the extra weight that helps tame recoil, the single action trigger, and the blowback action and fixed barrel design.

And thanks to the fact that the Thunder 380 is a small handgun (while also being one that the shooter can get a full firing grip over), it is very easy to conceal on the person.

All in all, the Bersa Thunder 380 is affordable, reliable, accurate, and easy to shoot. What more could you ask for in a defensive pistol?

Well, for all its qualities the Thunder 380 is still not a flawless pistol. Let’s take a look at the disadvantage next.

DISADVANTAGES OF THE BERSA THUNDER 380

The first disadvantage of the Thunder 380 that many people will be quick to point out is its caliber: the .380 ACP. Even though the .380 is regarded as being the minimum caliber suitable for self-defense, some regard it as being too weak.

Add this to the fact that the Thunder 380 is equal in size (and sometimes heavier) than more powerful 9mm options, and one can’t help but question why you should go with a Bersa Thunder 380 over say a Smith & Wesson Shield, Glock 43, or a Walther PPS.

The Thunder 380 also has a busier design with its myriad of safety features. In order to wield the Thunder 380 effectively, you will have to train yourself through repetition to always make sure you disengage the safety with your thumb when you draw the pistol to shoot.

In addition, many will not be comfortable with the magazine disconnect or the key lock safety. Yes, both can be removed, but it’s just another hoop to step through.

Here are the specs of the Bersa Thunder 380:

The Bersa Thunder 380 is a very popular CCW option in the United States and it’s easy to see why. You’re getting a lot of pistol and a lot of quality features for a low price.

Even though it may seem a bit outdated in comparison to polymer framed striker fired 9mm single stacks, the Bersa Thunder 380 still holds its own as a viable CCW option in 2018 and for the foreseeable future.

If you need or want a pistol to carry everyday and you’re looking for quality that doesn’t come at a high price, the Bersa Thunder 380 is definitely a pistol to consider.