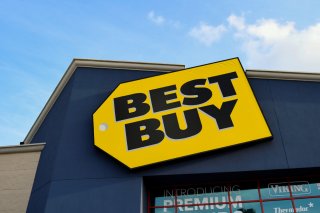 Best Buy announced last week its entrance into a pair of new product categories that are very different from what it has traditionally sold: beauty products and outdoor furniture, CNBC reported.

The company is adding 100 skin-care devices at 300 of its stores, including, per CNBC, “a facial steamer and at-home tool for microdermabrasion.”

In addition, Best Buy is rolling out premium patio furniture from the brand Yardbird, which it acquired last November. The company will add Yardbird displays, as well as some for e-bikes, in about ninety of its stores, per the report.

“One of the most exciting aspects of welcoming Yardbird into the Best Buy family is their commitment to sustainability. Like Best Buy, they strongly believe in bettering our environment, and do so by using eco-friendly materials from plastic that would have otherwise ended up in the ocean,” the company announced at the time of its acquisition.

“For $199.99, we’ll haul away and recycle up to a total of 2 large products (including TVs, major appliances, all-in-one computers, and monitors), along with an unlimited number of select smaller products,” the company says on its recycling website, while also listing the products that will be eligible.

The program, for that fee, will accept a total of two large devices—including televisions, computers, and major appliances—and it will accept an unlimited amount of smaller devices. Meanwhile, some products are not accepted, such as many musical instruments, batteries, CDs and DVDs, rooftop satellite dishes, and more.

“We feel we have an important role to play in helping our planet, including being there for the entire lifecycle of a product – from the time a customer starts shopping until that product is responsibly recycled,” Tim Dunn, Best Buy’s head of environmental sustainability, said in a press release at the time. “This new service will make this important work even more convenient for customers.”

Best Buy says that since 2009, it has helped its customers recycle more than two billion pounds of electronics and appliances.

It’s not clear when Best Buy will be announcing its earnings for the first quarter, although if the release arrives three months after the fourth-quarter earnings, the announcement will take place the first week of June. In that fourth-quarter release, Best Buy had predicted a comparable sales decline of 1 to 4 percent for the fiscal year of 2023.