Best of the Really Big Guns: 5 Top .45 Caliber Guns To Fire a Shot 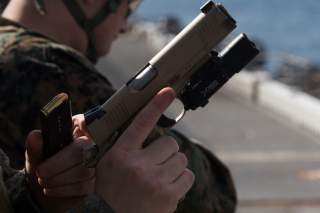 The XD has a reputation for reliability and durability, and is one of the most affordable option on this list.
Today, advances in bullet technology means a 9mm round can deliver as much energy as the .45 ACP. Despite this, the .45 ACP is far from dead, as it has also benefited from increased performance. Today there are more choices of .45 ACP pistols than ever before, as almost all gun manufacturers offer their most modern semi automatic handguns in the big caliber. Here are five of the best .45 ACP pistols today.