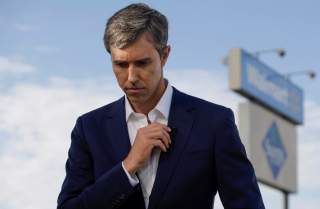 O’Rourke went on left-wing podcast “Pod Save America,” where he was asked if he would be open to “gun licenses and mandatory buyback programs like they did in Australia” if elected president.

“Yes. And I’m open to them right now as a candidate. It absolutely has to be part of the conversation. And at the end of the day, if it’s going to save lives, if it’s going to prevent the kinds of tragedies that we saw in El Paso, Gilroy, and Dayton, or this weekend in Chicago or all over this country on a daily basis, then let’s move forward and do it,” O’Rourke answered. (RELATED: Inside Beto O’Rourke’s Million-Dollar Apartment Deal With A Campaign Donor)

Australia passed the National Firearms Agreement in 1996 banning the possession of semi-automatic rifles and shotguns except in “exceptional circumstances” following a mass shooting in the country.

The law requires citizens to obtain a government-issued license in order to own a gun, and states that “personal protection” is not a “genuine” reason to own a firearm. More than 700,000 guns were surrendered to the Australian government as part of a mandatory buyback program in 1996 and 1997.

Australia implemented another buyback program in 2003 targeting handguns, after passing the National Handgun Control Agreement in 2002, which severely restricted access to handguns.

“The buyback program, which was implemented by the individual states and territories, resulted in about 70,000 handguns and more than 278,000 parts and accessories being surrendered,” the Library of Congress notes.