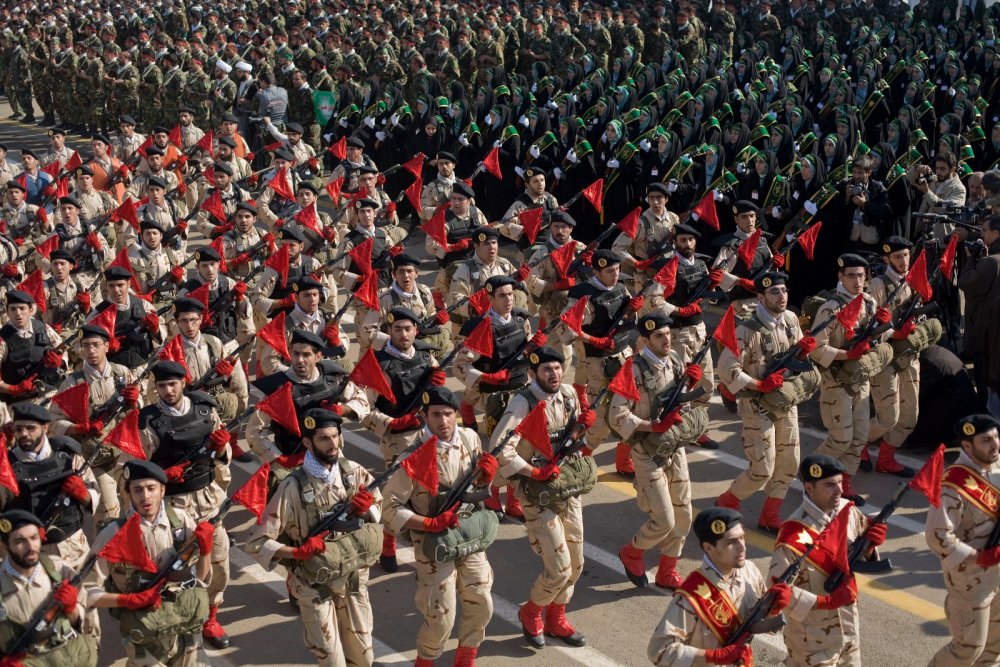 Welcome to the megalomaniacal world of Iranian media, where the impossible is still impossible —but makes for great propaganda.

“Americans have always been the ultimate and full-scale losers in all their encounters with the IRGCN [Islamic Revolutionary Guard Corps Navy], and the most notable cases of their defeats were on April 14, 1988, and January 12, 2016 before their drone was shot down on June 20,” said IRGCN commander Rear Admiral Ali Fadavi.

Fadavi was presumably referring to three incidents: the April 1988 incident where an Iranian mine badly damaged the U.S. frigate Samuel B. Roberts, Iran’s seizure in January 2016 of two American riverine boats and ten sailors after the boats strayed into Iranian waters, and the downing in June 2019 of a MQ-4C Triton drone by an Iranian anti-aircraft missile.

Fadavi said “that all failures and defeats of the U.S. forces in the Persian Gulf are illustrative of the Americans’ desperation, frustration, and agony in the face of the Iranian nation in the past 40 years,” according to Iran’s state-controlled Fars News Agency.

Meanwhile, Iran is unbeatable on the ground, boasts an Iranian army general. “For at least the next 10 years, no regional or trans-regional country is able to counter or fight against the Islamic Republic of Iran in ground warfare,” said Brigadier General Mehdi Rabbani, deputy chief of staff of the Iranian armed forces.

“The general reminded that Iran did not lose even a span of its territories during the Iraqi-imposed war in the 1980s when the army of Saddam Hussein was backed by dozens of world states and powers,” according to Fars News.

"Let alone now that we are much more capable than before,” he added. “Now our defensive depth has stretched to the Mediterranean Sea and our front has extended to the borders of the Zionist regime [of Israel].”

“The IRGC Ground Force is enjoying the capacities and capabilities to turn into a superior power on a global scale,” Salami said while inspecting Iran’s Sistan and Baluchistan province, where government forces are battling Sunni rebels.

Where does one start with these claims? Regarding Iran’s naval “victories” over the United States, it is true that Iran successfully laid a minefield, captured two small boats manned by hapless American sailors and shot down a drone. That’s not exactly defeating the U.S. military.

But let’s now look at what happened when the U.S. military decided to take on Iran. On April 18, 1988, in retaliation for the mining of the Samuel B. Roberts, the United States launched Operation Praying Mantis. The United States deployed a powerful force that included the carrier USS Enterprise, eight cruisers, destroyers and frigates, SEAL commandos, Marine amphibious troops and Cobra attack helicopters.

The American task force first destroyed an armed Iranian offshore oil platform. When Iran retaliated with speedboat attacks that damaged Western oil tankers, U.S. A-6 bombers from the Enterprise destroyed or damaged several boats. When the Iranian fast attack boat Joshan launched a Harpoon missile at American warships and missed, U.S. ships sank it with Harpoons and gunfire. The frigate Sahand fired missiles at the A-6s, before being sunk by aircraft and surface ships. The frigate Sabalan was crippled by A-6s dropping laser-guided bombs.

Fortunately, Washington and Tehran de-escalated the conflict. But Iran’s navy had been pummeled without being able to inflict damage in return. Operation Praying Mantis was certainly a victory—but not Iran’s.

As for the superiority of Iranian ground forces, that’s hard to determine. Iranian troops haven’t seen much combat in the last thirty years, except for perhaps advisory operations supporting the Syrian government against rebels. But Iranian land forces did fight an eight-year war against Iraq from 1980 to 1988, after Saddam Hussein invaded and seized Iranian territory. Iran is estimated to have suffered as many as one million dead, due to tactics such as sending human waves of poorly-trained and ill-equipped young soldiers across minefields to storm Iraqi fortifications.

Observers likened the Iran-Iraq War to First World War slaughters such as the Somme and Verdun. And Iran didn’t even win. In the end, Iran and Iraq had to make peace due to mutual exhaustion.

That’s hardly a sign of a globally superior military power.