Beware, China and Russia: The Navy Wants to Transform Every Ship Into a Mini 'Aircraft Carrier' 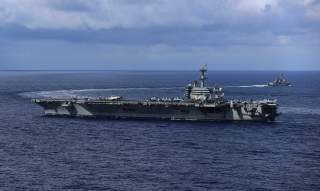 Zachary Keck is the former managing editor of The National Interest. He can reached on Twitter: @ZacharyKeck.