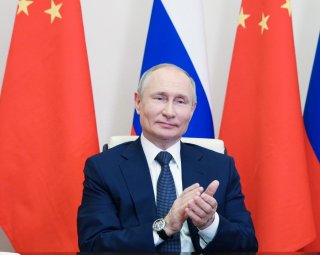 Despite Moscow’s ongoing military modernization and import-substitution programs, Russia struggles to indigenously produce certain sensitive technologies, components, and equipment. This leaves Russia reliant on foreign—often Western—suppliers, but Western sanctions and export controls restrict such exports. As the U.S. Treasury Department warned in 2018, the Russians seek to circumvent these restrictions through “illicit procurement” schemes, often employing front or shell companies to obscure an export’s destination or end-user.

This long-standing practice dates back to the Cold War when the Soviet KGB and GRU intelligence services used covert networks to steal Western technology. After initially subsiding following the Soviet Union’s collapse, these operations appear to have accelerated since the 2000s. In fact, a senior U.S. law enforcement official interviewed by the authors said that the U.S. government has noticed an uptick in Russia’s illegal attempts to acquire controlled dual-use goods over the past year alone.

In Intertech’s case, the U.S. government reportedly believes the company failed to identify Russia’s FSB as the end-user of five shipments of scientific instruments in 2015 and 2016. Some of the shipments allegedly went to the Criminalistics Institute, an FSB unit likely responsible for producing and administering the Novichok nerve agent used to poison Russian opposition figure Alexei Navalny last year.

In 2018, after U.S. authorities warned Intertech that such Russia-bound exports require a license in order to prevent diversion “to chemical or biological end uses,” the firm allegedly began using a front company to obscure shipments to a Moscow-based Intertech subsidiary with longstanding FSB ties. U.S. prosecutors have yet to charge either Intertech or its subsidiary with a crime, but the Commerce Department sanctioned the subsidiary in March 2021 for “proliferation activities in support of Russia’s weapons of mass destruction  (WMD) programs and chemical weapons activities.”

A particularly important target is microelectronics. Reliance on foreign suppliers remains a vulnerability for Russia’s defense, space, and other high-tech industries. Earlier this year, for example, the head of Russia’s Roscosmos space agency lamented that his organization is struggling to launch some satellites since Western sanctions block imports of certain microchips. In 2012 and 2018, the Department of Justice (DOJ) revealed large-scale Russian operations smuggling export-controlled microelectronics to the FSB and Russian defense manufacturers, with the proceeds laundered through numerous offshore bank accounts and shell companies. This past December, DOJ charged a Russian and two Bulgarian nationals with using a Bulgarian front company to smuggle radiation-hardened chips to Russia’s military and space program.

As these examples illustrate, U.S. government agencies have rightly increased their efforts to combat Russian illicit procurement. Nevertheless, it remains unclear how much they have not managed to stop. Michael Carpenter, who served as deputy assistant secretary of defense responsible for Russia during the Obama administration, said in 2018 that U.S. law enforcement has exposed only “a tiny fraction of … Russian covert activities regarding the theft of sensitive technologies.” He argued that the U.S. government must get a “lot tougher” busting Russian illicit procurement networks.

To do so, government investigators should expand dialogue with the private sector, whose personnel are on the front line in detecting and preventing Russian and other illicit procurement. While U.S. businesses often know best the potential nefarious uses of their products, they are not intelligence agents capable of fully investigating the identities of their customers. This is particularly true when the actual end-user is obscured behind layers of front companies, middlemen, and foreign banks, all potentially located in countries friendly to the United States. Often, unbeknown to the original seller, illicit buyers will secretly route exports from foreign transshipment points to proliferant states.

Smaller American firms that sell controlled or dual-use goods typically lack the resources to have their own export compliance departments. Greater information sharing and training from the government could help these companies improve detection of illicit procurement attempts. For example, U.S. Immigration and Customs Enforcement’s Homeland Security Investigations has an active outreach program, Project Shield America. Raising the profile of such programs would help reach additional small-to-medium-sized companies. Law enforcement or export licensing agencies should also provide an agent, rather than general hotlines to share crime tips, that companies could call for assistance if a sales inquiry seems suspicious. Companies should be able not only to report suspicious activity but also to obtain government advice. The government, in turn, would receive expanded real-time information and opportunities to warn companies about illicit procurement attempts.

Andrea Stricker is a research fellow at the Foundation for Defense of Democracies (FDD), where John Hardie is research manager. Follow Andrea on Twitter @StrickerNonpro. FDD is a Washington, DC-based, nonpartisan research institute focused on foreign policy and national security.