Biden Releases Plan to 'Keep Guns out of Dangerous Hands' 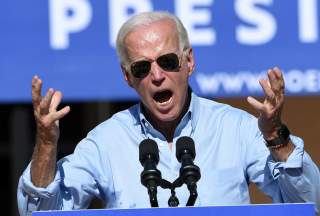 The 2020 Democratic presidential candidate’s “Plan To End Our Gun Violence Epidemic” attempts to “get weapons of war off our streets” through reinstating an assault weapons ban, regulating the possession of existing assault weapons, reducing stockpiling of weapons and establishing a voluntary buyback program.

The plan also proposes to “keep guns out of dangerous hands” by requiring background checks for every gun sale, closing “other loopholes in the federal background check system,” ending online firearms and ammunition sales, and more.

“Joe Biden has taken on the National Rifle Association (NRA) on the national stage and won — twice,” the plan says, adding that Biden guided the Brady Handgun Violence Prevention Act through Congress in 1993 and that Biden “secured the passage” of 10-year bans on high-capacity magazines in 1994 with Democratic California Sen. Dianne Feinstein’s help.

“As president, Joe Biden will defeat the NRA again,” the plan says.

Biden’s gun plan comes as his campaign attempts to shift political focus from Biden’s dealings in Ukraine, according to The Washington Post. The campaign attempted the same strategy last week by focusing on health care, the publication reported.

Biden is set to attend a forum Wednesday hosted by gun control groups Giffords and March for Our Lives in Las Vegas.

“Why is it any violation of the First Amendment at all to say, from this moment on, every weapon we sold, every gun we sold in America, has to have your biometric marker on it?” Biden said to reporters in August, according to WaPo. “You can still buy a gun if you pass a background check. You go out there and you can own it, you can use it.”

The Biden campaign did not respond to the Daily Caller News Foundation’s request for comment.