Bigger And Badder: Infantry Fighting Vehicles Are Bringing More Guns And Armor To The Fight 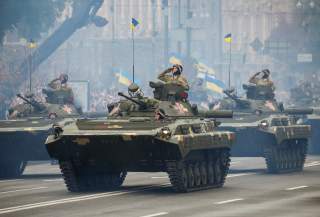 Charlie Gao studied Political and Computer Science at Grinnell College and is a frequent commentator on defense and national-security issues. This article first appeared last year.