The Bin Laden Raid: Legendary, But of Little Consequence? 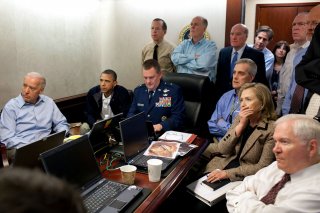 Ten years ago, the most costly and dogged manhunt in history culminated in Pakistan, when a U.S. Navy Seals high-tech hit squad killed Osama bin Laden, a chief author of the terrorist attacks on the United States in 2001, and one of history’s most storied villains.

The attack has become legendary but beyond exacting revenge for the 9/11 attacks, it did not seem to be particularly consequential.

At the time, some terrorism specialists ominously and confidently predicted that “we can certainly expect acts of retribution, vengeance, frustration and punishment directed against the U.S. in the coming weeks and perhaps months.” But the predicted attacks never materialized. As RAND’s Brian Jenkins puts it, the killing of bin Laden “produced plenty of bellicose rhetoric, but no explosions of violence.”

Taken away with bin Laden’s bullet-shattered body, which was soon to be ceremoniously dumped at sea, were written documents and masses of information stored on five computers, ten hard drives, and one hundred or more thumb drives, DVDs, and CD-ROMs. This, it was promised, was a “treasure trove” of information about Al Qaeda—“the mother lode,” said one U.S. official eagerly—that might contain plans for pending attacks.

However, poring through this purloined material with great dispatch, a task force soon discovered that Al Qaeda’s members, far from ingeniously plotting massive new terrorist attacks, were primarily occupied with dodging drone missile attacks, complaining about the lack of funds, and watching a lot of pornography.

In fact, aside from the pornography, the bin Laden raid proved to be a Wizard of Oz moment: for the most part, bin Laden was a thing of smoke and mirrors. And it is particularly impressive that, unlike the Wizard of Oz, he remained in a state of self-delusion even to his abrupt and brutal end.

His strategic vision for the 9/11 attacks was, like that of the Japanese at Pearl Harbor, profoundly misguided. He was impressed in particular by the American reaction to losses in Lebanon in 1983 and in Somalia in 1993, concluding that this demonstrated “impotence,” “weakness,” and “false courage.” Accordingly, he appears to have believed that the country would respond to a large direct attack at home by withdrawing from the Middle East.

What he failed to understand was that the United States withdrew from Lebanon and Somalia not simply because of the losses, but because it did not value the stakes very much. In contrast, Americans concluded from 9/11 that the country’s very survival was at stake in the conflict with bin Laden’s form of terrorism. Accordingly, its willingness to confront the danger and exact revenge was, much like the aftermath of the attack on Pearl Harbor, monumental. Popular support for chasing down the terrorists in Afghanistan even though there was a prospect for considerable American losses, was exceedingly high—considerably higher than at the beginnings of the wars in Vietnam, Korea, or Iraq.

But despite this result, bin Laden clung to the belief that another attack like 9/11, or even bigger, might force the United States out of the Middle East. He decided that the American losses suffered in these ventures (some five thousand soldiers he estimates) had not been nearly sufficient to enrage the American people to force the politicians to withdraw from the Middle East. Consequently, he argued, Al Qaeda must concentrate on “large” operations within the United States—presumably killing many tens of thousands of people since he notes that even fifty-seven thousand deaths in Vietnam did not work.

At the same time, his fanciful missives to Al Qaeda central portray the mind of a dotard substantially out of touch with current realities. For example, he urged his tiny collection of terrorists to target imported oil in order that “the income of the American citizen will be affected through the rise in his fuel bill.” He supplied no detail about how to carry out such a “great feat,” but he did rather unhelpfully suggest that the group “must mobilize the best efforts and capabilities” for the task. He also suggested that “brothers who have a good way of thinking” should be sent to college to learn Management Science and also Strategic Policies and Planning, a field that is “available at low cost.”

Besides issuing videos and threats, Al Qaeda central does appear to have served as something of an inspiration to some Muslim extremists around the world, and it may have contributed a bit to the Taliban’s far larger insurgency in Afghanistan. Even under siege, however, it is difficult to see why al-Qaeda could not have organized attacks at least as costly and shocking as the shooting rampages (organized by other groups) that took place in Mumbai in 2008 or at a shopping center in Kenya in 2013.

This remarkably limited record, together with the Wizard of Oz conclusion of the ten-year quest for bin Laden, suggests that the CIA’s Glenn Carle was right when he warned in 2008, “We must not take fright at the specter our leaders have exaggerated. In fact, we must see jihadists for the small, lethal, disjointed and miserable opponents that they are.”

But Americans did “take fright,” and the 9/11 attacks inspired a massive anti-terrorism enterprise costing trillions of dollars and wars in the Middle East that have resulted in at least one hundred times more deaths than were inflicted by the terrorists in the impelling event.

In the end, however, bin Laden’s tiny band, holed up in Afghanistan and then in Pakistan, proved to resemble Lee Harvey Oswald, the assassin of President John Kennedy: a fundamentally trivial entity that got horribly lucky once.

John Mueller is a political scientist at Ohio State University and a senior fellow at the Cato Institute. With Mark Stewart, he is the author of Chasing Ghosts: The Policing of Terrorism. His most recent book is The Stupidity of War: American Foreign Policy and the Case for Complacency.