The Bizarre, Fascinating Story of the AK-12 Rifle 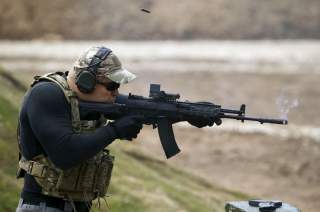 During factory tests, the AK-107 was found to simply be not good enough.