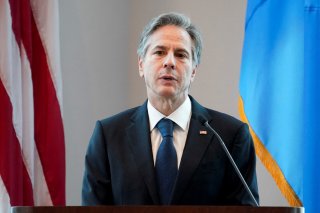 “Jamal Khashoggi’s murder four years ago was also an attack on freedom of expression everywhere,” Blinken wrote on Twitter.

“As we mourn Jamal, we’ll continue to stand with and support human rights defenders, journalists, and others to protect fundamental freedoms worldwide,” he continued.

In 2021, U.S. intelligence concluded that Saudi crown prince Mohammed bin Salman (MBS) was responsible for Khashoggi’s murder at the Saudi Consulate in Istanbul, an allegation that Saudi officials still deny.

Khashoggi, a U.S.-based journalist and columnist, wrote opinion pieces that were highly critical of the crown prince.

As reported by The Hill, Khashoggi’s former editor said that the anniversary of his death was “particularly painful” this year.

“I live with the horror and injustice of his murder, and the callousness and impunity of our world ‘leaders’ every day,” wrote Karen Attiah, who is now a Washington Post columnist.

“But this year has been particularly painful. The Biden administration has made its fist-bump peace with MBS. The Turks have shut down their investigation. Outlets like the Atlantic are writing both-sides apologia pieces for MBS, praising his reform,” she added.

“I have appreciated all of you who continue to keep Jamal’s name and case alive. I still have so much more to say about it all—and will do so in time,” she continued.

Despite pledging during his 2020 campaign to make Saudi Arabia a “pariah,” President Joe Biden visited the kingdom in July and greeted MBS with a fist bump, a move that drew sharp criticism.

Biden confirmed that he had raised the issue of Khashoggi’s murder during the visit. “[MBS] basically said that he was not personally responsible for it. I indicated I thought he was,” the president said.

Attiah also expressed concern over the United States continuing to sell arms to Riyadh, which is fueling a civil war in Yemen.

“Four years after Jamal’s murder, U.S still sells billions of dollars in arms to the Saudi government—a regime which carries out mass executions, is still bombing Yemen, and sentences people to decades prison for … tweeting,” she said, referencing Salma al-Shehab, a university student and a mother of two who was sentenced to thirty-four years in prison in August for following and retweeting activists and dissidents on Twitter.