Bloomberg Defends China: 'Xi Jinping Is Not A Dictator' 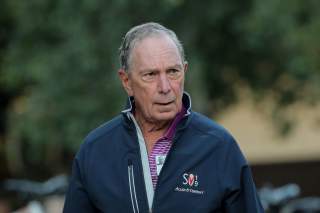 Billionaire Michael Bloomberg suggested Friday afternoon that China’s politicians are beholden to the public for their survival.

“The communist party wants to stay in power in China, and they listen to the public,” Bloomberg told Hoover, adding: “Xi Jinping is not a dictator. He has to satisfy his constituents, or he’s not going to survive.”

.@MikeBloomberg tells @FiringLineShow that China’s leader is addressing pollution to satisfy constituents & secure his political future.
“The Communist Party wants to stay in power in China and they listen to the public,” he says. pic.twitter.com/B9SoAXJwrM

China is cracking down on coal production as the country tries to transition to natural gas production. Coal is now contraband in some provinces, including Qiaoli, where some residents continue to use it whenever they can, claiming the local authorities granted a reprieve until the Chinese New Year later this month.

China is still one of the largest coal producers in the world. Officials promised to peak greenhouse gas emissions by 2030 and increase its use of energy from non-fossil fuel energy sources.

China plans to get 20 percent of its energy from solar, wind, nuclear and hydro power by 2030 – the crusade against coal began shortly after officials signed the Paris accord ambitions alongside former President Barack Obama in late 2014.