Bloomberg To Grieving Family: Elderly Cancer Patients Are Too Expensive 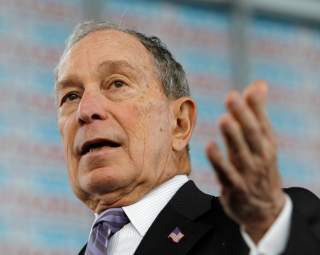 Billionaire and Democratic presidential candidate Michael Bloomberg said in a 2011 video that elderly cancer patients should be denied treatment in order to cut health care costs.

“All of these costs keep going up, nobody wants to pay any more money, and at the rate we’re going, health care is going to bankrupt us,” said Bloomberg, who was then New York City’s mayor.

“We’ve got to sit here and say which things we’re going to do, and which things we’re not, nobody wants to do that. Y’know, if you show up with prostate cancer, you’re 95 years old, we should say, ‘Go and enjoy. Have a nice [inaudible]. Live a long life. There’s no cure, and we can’t do anything.’ If you’re a young person, we should do something about it,” Bloomberg said in the video.

“Society’s not ready to do that yet,” he added.

Bloomberg made the comments while visiting a grieving family whose brother had died after reportedly waiting 73 hours in an emergency room.

His presidential campaign didn’t return a request for comment.

The New York billionaire has faced increased scrutiny over past statements as he has continued to rise in Democratic primary polls.

Bloomberg has also faced criticism for a 2011 video saying that too many young black and Latino men “don’t know how to behave in the workplace.”