Is Bloomberg News Refusing to Report on Bloomberg A Campaign Finance Violation? 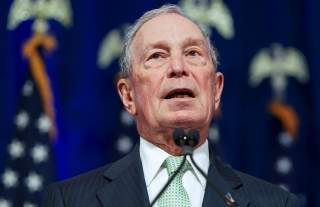 “The problem with what Bloomberg [News] has announced is that they are not going to be giving equal coverage to all opposing candidates,” Spakovsky told the DCNF. “They’re only going to be covering one opposing candidate, and that’s Donald Trump … if they’re not willing to do any negative stories that might come up about Mike, whereas they are about Trump, then they’re directly helping his campaign.”

“I think if a complaint were to be filed with the FEC, where I served for two years, there would be serious questions raised whether this policy violates this particular provision of the FEC,” Spakovsky said.

Former FEC Chairman Bradley Smith told the DCNF that the key factor to determining whether Bloomberg News’s editorial policy puts its press exemption at risk is whether the commission determines that Trump is Michael Bloomberg’s opponent at this stage of the Democratic primary.

“A good argument nonetheless could be made that the press exemption should not apply here, given Bloomberg’s own declaration, ‘I’m running for president to defeat Donald Trump and rebuild America,'” Smith said, citing Michael Bloomberg’s campaign website.

However, Smith said he believes the better argument is that Michael Bloomberg and Trump aren’t officially considered opponents from a campaign finance perspective until they have secured their respective parties’ nominations.

“I don’t believe that the FEC or a court have ever ruled on this type of situation, so I suppose it’s an open question,” Smith said. “Certainly, it reveals the flaws of having a regime in which some very large, influential corporations (those designated ‘press’) have a freedom that other Americans do not.”

“Bloomberg News declining to cover any Democratic presidential hopeful means that they are giving equal coverage to all opposing candidates in the primary, but President Trump will be the Democratic nominee’s opponent in the general,” Fischer told the DCNF.

Fischer said it would be appropriate for the FEC to weigh in on the legality of Bloomberg News’s editorial policy, but the commission is currently unable to take any official actions as it has only three active commissioners on its six-member board, rendering the agency incapable of meeting its four-member quorum.