Bloomberg Staffers Brag About Ripping Off His Campaign, Covertly Canvassing For Sanders 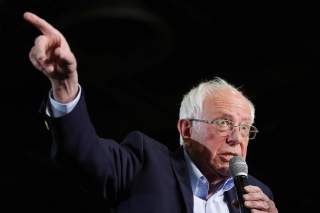 People who worked with the team knew the campaign was over after Sen. Elizabeth Warren blasted Bloomberg during the Feb. 19 debate in Nevada, the report noted. They also said they were met with hostility from voters on the campaign trail, according to The Nation’s Ken Klippenstein.

“Most people knew this was a grift,” one campaign official noted, according to Klippenstein’s report. “At our first office meeting, my [director] said, ‘We don’t need to canvass. We can just make calls, right guys?’ And everyone was like, ‘Yeah, that’s sensible.’” The staffers could not go on record because they signed a non-disclosure agreement with the campaign, the report notes.

The staffers spoke anonymously out of concern for professional reprisal and due to a non-disclosure agreement. Klippenstein obtained a leaked copy of the NDA in February — a representative with the campaign confirmed the copy was indeed from the campaign.

“I would actively canvass for Bernie when I was supposed to be canvassing for Mike. I know of at least one team of ‘volunteers’ that was entirely fabricated by the organizers who had to hit their goals,” one staffer said, according to Klippenstein’s report.

The person added: “It was easy enough to fudge the data to make it look like real people put in real volunteer work, when in reality Mike was getting nothing out of it.”

Biden fleshed out big wins in Minnesota, Alabama, Oklahoma and Tennessee, while Bloomberg managed to scrape together a win in American Samoa. Bloomberg spent roughly $500 million on ads leading up to Super Tuesday, plastering advertisements on Facebook and in the media ecosphere. The major digital push was all for naught, as it turns out.

Bloomberg’s campaign dumped more than $234 million into TV, radio and digital ads in the Super Tuesday states. He suspended his campaign Wednesday after a poor showing and tossed his unbridled support behind Biden.

“The biggest loser tonight, by far, is Mini Mike Bloomberg. His ‘political’ consultants took him for a ride. $700 million washed down the drain, and he got nothing for it but the nickname Mini Mike, and the complete destruction of his reputation. Way to go Mike!” Trump said Tuesday on Twitter.

Bloomberg’s campaign has not responded to the Daily Caller News Foundation’s request for comment about the veracity of the report.