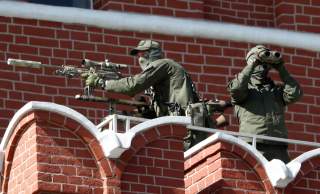 Key point: Syria has been a testing ground for both Russian heavy and light weaponry.

Charlie Gao studied political and computer science at Grinnell College and is a frequent commentator on defense and national-security issues. Follow him on Twitter: @izlomdefense. This article originally appeared in 2017.