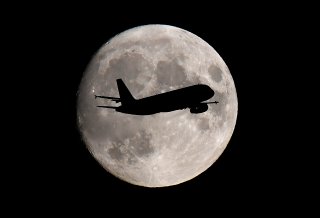 The Boeing 747 was first introduced to the world in 1969 and immediately became a major success. It turned the Seattle-based company into the world’s premier aircraft manufacturer.

Throughout the 1970s and 1980s, a series of upgrades were made to the baseline 747 airliner. The 747-300, announced in 1980, added more people to the aircraft by increasing the size of its upper deck; this change was partly due to the plane’s increasing operating costs and partly due to increasing fuel prices. Additionally, the three-person flight crew and escalating flight control operational costs played a role.

Due to these costs and the increasing competition from European firms, sales for the upgraded 747 airliners declined during the 1980s, leading Boeing to undertake more significant revisions. The five primary objectives established by Boeing designers were a range increase, the use of new technology, improvements to the interior, increased engine efficiency, and a 10 percent decrease in day-to-day operating costs. The first sales for the “Advanced Series 300”—the plane that would become the 747-400—took place in October 1985, with further orders placed in the following months from major North American, European, and Asian flag carriers. The airplane’s first test flight took place in Washington state in 1988, and deliveries began soon after. The first commercial flight lifted off in May 1989.

The airplanes are still around, but there is no question that they are on the way out. No new orders have been placed since 2009. Most operating planes are more than twenty years old and have high operating costs compared to newer aircraft, largely on account of their inefficient fuel consumption. The airplane’s major advantage over the traditional 747 airliner was in its increased range. Newer planes, including the Boeing 777 and Boeing 787 “Dreamliner,” have similar ranges and far higher fuel efficiency. A broader transformation in the airline industry from hub and spoke structures, routing most traffic through a large central airport, to direct flights has also reduced demand for large 747-style jumbo jets.

Perhaps the most significant factor in the sharply decreased lifespan of the 747-400 airliners has been the coronavirus pandemic, which shattered demand for global air travel and pushed many airlines to retire or scrap the airplanes. With the end of the pandemic possibly looming, there are early indications that some airlines, including Air China and Lufthansa, might return their 747-400 airliners to service.