Booker: Give Me Millions to Stay in the Race 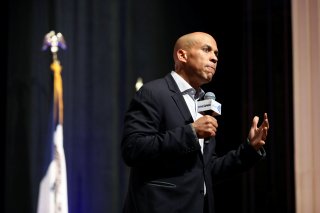 Democratic presidential candidate Cory Booker’s campaign published a memo Saturday asking readers to help raise $1.7 million in next 10 days to keep him in the race.

There are still 20 candidates in the running for the Democratic nomination, and Booker ranks in the seventh spot as the candidate registered voters would most like to see as the nominee, according to Fox News’ latest poll from Sept. 15 to 17.

Booker campaign manager Addisu Demissie, however, explained in a Medium post that the candidate might not be in the race “much longer” if donors can’t cough up $1.7 million by 11:59 p.m. Sept. 30.

“If our campaign is not in a financial position to grow, [Booker is] not going to continue to consume resources and attention that can be used to focus on beating Donald Trump, which needs to be everyone’s first priority in this election. … We literally cannot wait for support to come later,” Demissie wrote.

“This isn’t an end-of-quarter stunt. This is a real, unvarnished look under the hood of our campaign at a level of transparency unprecedented in presidential politics,” he wrote.

We’re at a crossroads in this campaign. We need to raise $1.7 million by September 30 to be in a position to build the organization we need to compete for the nomination—and we can do it—but if we don’t, we don’t see a legitimate long-term path forward.

Booker has campaigned largely on the importance of pushing President Donald Trump out of office and coming from a rough-around-the-edges neighborhood in New Jersey that has influenced his politics.