Boom: The 5 Toughest NATO Tanks On the Planet 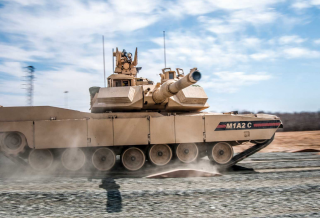