At Boot Camp, Marines Get 2 Weeks of Not Getting Screamed At. Here's Why 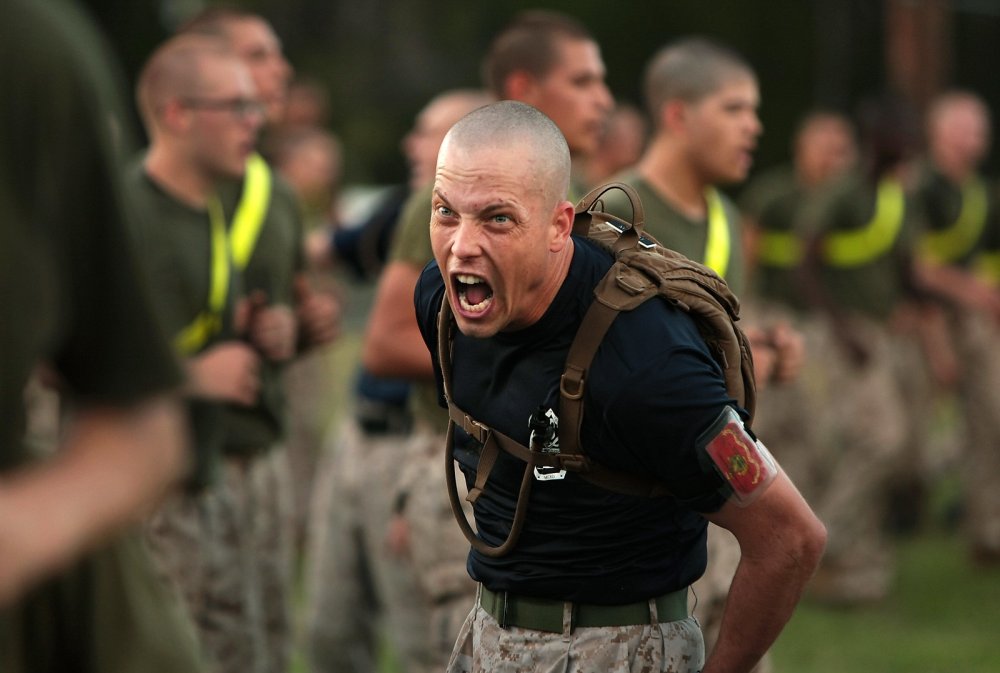 Pfc. Michael Dowling is one of the first Marines to go through “Phase 4” of boot camp, during which drill instructors spend the last two weeks of boot camp mentoring new Marines.

Dowling and the other Marines who will graduate on Friday from the Marine Corps training depots at Parris Island, South Carolina, and San Diego, are the first to complete the four-phase training model, Corps officials said.

The Marine Corps announced in October that it was reorganizing recruit training by adding a fourth phase to boot camp, which allows drill instructors to prepare Marines for their follow-on training.

“Now you’ve got somebody who’s been the drill instructor, who’s been intimately involved with this transformation, and now they have another few days to talk to their new Marines as a fellow Marine about what it’s going to be like as they get ready to go out and begin the rest of their journey as a Marine,” Corps Commandant Gen. Robert Neller said in an Oct. 12 video.

For Dowling — who will graduate from Parris Island — Phase 4 helped him to “break out a little bit of the recruit mindset and to be a Marine,” he told Task & Purpose.

The pace of training did not slacken, but the drill instructors trusted platoon and squad leaders as if they were already in the fleet, said Dowling, who is serving as his squad’s guide.

Instead of yelling at the Marines to get up, go through the shower and get dressed, the drill instructors told the guide and squad leaders, “This much time to get everything done; execute it the way you think is necessary,” he said.

“So myself and my squad leaders would get our platoon dressed… get everyone clean-shaven, brushed teeth; get on line; get their gear together; and clean the house,” said Dowling, who will next train to be a reconnaissance Marine. “It was really stressful at first, because it was something that we were new to, but through the teachings of our drill instructors we were able to figure it out and we were able to come together and execute everything on time.”

In order to add a fourth phase to boot camp, other events in the training schedule had to be reorganized, said Capt. Adam Flores, a spokesman for Parris Island. As part of the changes, team week was moved earlier in recruit training so that recruits can spend three consecutive weeks training on field combat skills, he said.

Pvt. Abril Ochoa said she was surprised when she first got to Parris Island, because Marines had told her as a poolee when to expect certain training events, and the updated recruit schedule didn’t follow those expectations. However, she soon saw the new schedule’s benefits.

By moving events such as the gas chamber and rappel towers much earlier in boot camp, Ochoa and her other recruits began working as a team from the outset of recruit training, she said.

“Taking initiative at the beginning obviously was hard,” Ochoa told Task & Purpose. “It was a little struggle to know what to do, but after a couple of weeks, you just get used to it.”

For the past two weeks, Ochoa has been able to talk with Marines from other companies, including her male counterparts, and that has given her a new perspective on issues she will face going forward, such as potential social media concerns, she said.

“It was more of a conversation between us as platoon-to-platoon, female-to-male,” she said. “I do feel more prepared now, because they’ve been giving us really good advice on certain situations: for instance, mentoring if you need help later on.”

During Phase 4, drill instructors were able tell the Marines what to expect when they begin Marine Combat Training, and Marines were able to learn more about their military occupational specialty schools, Torres said.

“I definitely think that they have more of an understanding or idea of what they’re getting into and it’s not just going to be a firehose of information that they have to take in and figure out,” she said.

For the first week of Phase 4, Marines held “squad talks” and “platoon talks” about marriage, sexual responsibility, and other issues they may face in their Marine careers, said Staff Sgt. Erin Carpenter, also a drill instructor at Parris Island.

Physical training sessions during the fourth phase are also much closer to what the Marines can expect when they get to the fleet, she said.

“They are [told] what it is and then they execute — still under the guidance of the drill instructors and senior drill instructors, but it’s more fleet-oriented,” Carpenter said. “That prepares them more to have that confidence to be able to do it.”

Sgt. Hasani Ferraro was surprised at how quickly the Parris Island recruits made the transition to Marines during Phase 4. After spending weeks being yelled at, his Marines suddenly became less robotic and showed more of a personality.

Ferraro found that he no longer needed to micromanage his Marines’ every movement. His job changed to inspiring Marines to live up to Corps standards.