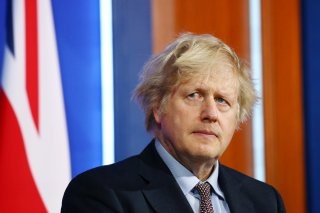 In February 2020, British Prime Minister Boris Johnson delivered a speech comparing his vision of “Global Britain” to Superman. The nation was “ready to take off its Clark Kent spectacles and leap into the phone booth and emerge with its cloak flowing as the supercharged champion of the right of the populations of the earth to buy and sell freely among each other,” he said.

On March 16, Johnson's government translated the “Global Britain” concept from a slogan to a strategy by publishing its Integrated Review of security and defense policy for the next decade and beyond.

Although the report’s domestic security policies warrant some praise, Johnson’s “Global Britain” commits the grand strategic sin of mismatching ambitions and resources. What’s more, the review’s ambitions are contradictory, vague, and redundant. If “Global Britain” is Superman, then there is kryptonite in every corner of the world.

The review also correctly notes that supporting an “open and resilient international order” by setting an example in human rights, climate change, and free trade remains the “best guarantor of security” for British people. Since competition with China and Russia will be as much about weapons as values, Britain can practice what it preaches and shape the world in a more Western image through its renowned soft power, which includes media and culture (e.g. BBC and UNESCO heritage sites), education centers, and sports.

The 2021 Integrated Review articulates Britain’s national security strategy for the next decade and beyond. At face value, it looks like a grand strategy. But then again, looks can be deceiving. In his seminal 2018 treatise, On Grand Strategy, Cold War historian John Lewis Gaddis defined “grand strategy” as “the alignment of potentially unlimited aspirations with necessarily limited capabilities.”

The 2021 Integrated Review commits the sin of grand strategy by refusing to align its ends and means. The review advocates an increase in nuclear weapons, artificial intelligence, and an expeditionary force. It wants Britain to bolster European security through NATO while “tilting” to the Indo-Pacific. Unfortunately for Johnson, Britain’s defense budget and resources make it a “pocket-sized power,” unable to influence more than a handful of regions or fund these improvements. If the review becomes reality, Britain will become overstretched and redundant. Instead of being “global,” Britain should seek to be shrewdly “cooperative” with its foremost ally.

Prussian statesman Otto von Bismarck once observed that the most “potent factor in human society” was that the British and Americans spoke the same language. Boris Johnson agrees. His review touted the Anglo-American alliance as Britain’s “most important bilateral relationship.” Yet in this “era of great power competition,” speaking the same language is not enough. Washington and London need to start dancing to the same tune, instead of stepping on each other’s toes.

Akin to America’s “pivot” to Asia in 2013, the review calls for a “tilt” to the Indo-Pacific because the region is “critical” to British trade. The tilt’s purpose remains ambiguous. Britain will soon deploy its new aircraft carrier, the HMS Queen Elizabeth, to the Indo-Pacific to ensure freedom of navigation against China, its “systemic competitor.” Simultaneously, the review considers China an “increasingly important partner in tackling global challenges.” If Johnson wants to remain on friendly economic terms with Beijing, that’s fine. But he should not send a carrier and, thus, mixed signals. The United States—already a Pacific power—is well-positioned to counter China and maintain freedom of navigation with the aid of other Pacific powers who have adopted a less ambivalent China policy.

For the West to maintain the edge in today’s multipolar “competitive environment,” Great Britain must supplement America’s defense strategy elsewhere, instead of redundantly complementing it in the Pacific. With clear recognition that it faces a serious threat from Russia, Britain should focus on becoming Europe’s security guarantor by exercising greater leadership over NATO. It can oversee the organization’s Enhanced Forward Presence and Deterrence and Defense Posture that protect eastern Europe from Russian meddling. The review’s surprise announcement that the United Kingdom will increase its overall nuclear weapon stockpile to 260 warheads is a welcome gift for European security. Russian President Vladimir Putin has flirted with tactical nuclear weapons as a way to deter NATO retaliation if Russia invades Eastern Europe. More British nuclear weapons could dissuade further Russian revanchism.

Doomed to Repeat Itself

President Dwight D. Eisenhower famously remarked: “Plans are useless, but planning is indispensable.” Britain’s defense plans have historically proved useless as they fail to foresee “great swans” like terrorism or pandemics that define a decade. Nevertheless, the 2021 Integrated Review’s planning seems dispensable too. Britain should stick with being “Great,” not “Global.” Otherwise, it will find itself overstretched, underfunded, and useless to safeguarding the world order it cherishes.

The views expressed in this article are those of the author and do not reflect the official policy or position of the U.S. Navy, Department of Defense, or the U.S. Government.