Bose Solo 5: Run of the Mill TV Soundbar or Gangster Levels of Sound? 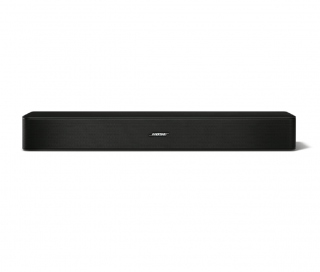 For years, Bose has built up a great reputation in the ultra-competitive speaker market. Many of its products are deemed high-end, so they will cost the average budget-conscious consumer a pretty penny, leaving many consumers out in the cold.

With the Bose Solo 5, however, it seems that the company is trying to reach out to younger consumers who recently bought their first smart TV. It is definitely not for audiophiles out there, as they surely would be sorely disappointed by the overall sound.

This particular product seems to be a way for Bose to draw in more consumers into its ecosystem, and hopefully for them, a fruitful relationship that will last for years to come.

Yes, the sound quality won’t blow you away by any means, but it does sound better than other entry-level soundbars like AmazonBasics’ speaker. Priced at a reasonable $180, the Solo 5 holds up pretty well to other popular soundbars in that price range, most notably those manufactured by VIZIO and Yamaha.

There is no separate subwoofer that usually comes with higher-end soundbars, but the bass is pretty decent relative to its small size. The bass, though, can get muffled and be hard to pick out details, especially if you’re watching an action movie with constant gun-firing and explosions.

What type of room you’re using the soundbar in will also make a huge difference. The Solo 5 will work perfectly for smaller bedrooms, but in large and airy living rooms, it will usually fail the sound test. Yes, it’s a Bose product, but as a budget soundbar, not much more should be expected from it.

Like most products from Bose, the Solo 5 boasts an elegant and sleek design, and the setup couldn’t be easier. Simply connect the Bose Solo 5 to your TV with one audio cable, which can be optical, coaxial or analog. And that’s pretty much it, as the system will automatically know which output you’re using.

But what really separates this particular soundbar is the universal remote that comes along with the speaker. In a few easy steps, you can control both the sound system and most video sources connected to your TV, which means no more frustrations in trying to pinpoint the right remote for a particular task.

Regardless of the shortcomings in the overall sound, the Solo 5 will surely be an upgrade to your TV’s own speakers. And with the relatively small investment in the device, who knows, you could be pleasantly surprised.