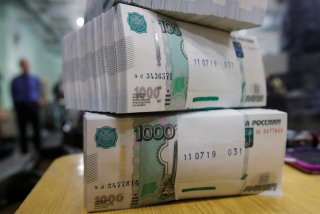 Russia and Vietnam have moved to work more closely in several areas, including trade and defense, according to a statement from Russia’s Ministry of Defense.

During the meeting, General of the Army Sergei Shoigu noted that Russia and Vietnam have “a unique experience of joint work has been accumulated, based on long-term friendship and mutually beneficial cooperation.”

Also, Shoigu noted that the two countries invariably pay “priority attention to cooperation in the military and military-technical spheres. Vietnam is one of the key states in the Asia-Pacific region with modern and well-equipped armed forces.”

The two country’s chummy relations are not exactly new. Though nominally a Communist country, Vietnam enjoyed relatively deep ties with the Soviet Union, particularly in defense, and received considerable aid from the USSR.

Relations did not evaporate completely following the collapse of the Soviet Union. In 2019, Russia opened a military equipment maintenance center in Vietnam, a boon to the country’s largely legacy Soviet equipment. Today, however, relations between the two countries are perhaps higher than at any point in the last three decades.

“The relations of comprehensive strategic partnership between the Russian Federation and the Socialist Republic of Vietnam are based upon years-long traditions of friendship and mutually beneficial cooperation, laid down by the previous generations,” according to a statement by the Russian Government.

“They have been tested by time, they are not affected by conjuncture oscillations, and serve as an example of mutually respectful cooperation that corresponds to the basic interests of the two countries,” according to the statement, which noted that the “political dialogue is characterized by a high degree of trust.”

And it is not just military equipment and defense cooperation either: just yesterday, Vietnam agreed to expand production of Sputnik V, Russia’s domestically-researched coronavirus vaccine, per a Reuters report. The agreement also allows the country to boost the production of Sputnik Light, used in areas with acute outbreaks or as a booster shot.

Though the two countries couched their cooperation in the defense sphere with mentions of drug trafficking, transnational crime, terrorism, and coups, the eight-hundred-pound gorilla in the room is China. So how will the two country’s closer military cooperation affect their relationships with Asia’s predominant power—and one that is increasingly assertive about its vision of how the world is?

The form that the Russian and Vietnamese defense cooperation will ultimately take remains to be seen. Could Russia be trying to drive a wedge between China and its neighbors—or simply hedging its bets in Asia? Either way, in their official photo marking the cooperation event, Russian president Vladimir Putin and President of Vietnam Nguyen Xuan Phuc seemed to make a chummy pair.