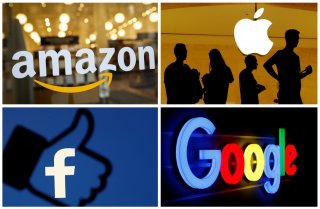 This legislative package followed a sixteen-month investigation by the House Judiciary’s Antitrust Subcommittee that finished in 2020. The investigation scrutinized the business practices of Amazon, Apple, Google, and Facebook and subsequently recommended that Congress and antitrust enforcement agencies rein in their monopoly power. The Subcommittee’s final report accused these firms of charging unduly high prices to competitors using their platforms, forcing smaller customers into low-quality contracts, and acquiring smaller companies that pose a competitive threat to their existing businesses. A January 2021 online poll conducted by Vox and Data for Progress found that fifty-nine percent of respondents supported breaking up Big Tech “monopolies,” including twenty-four percent who strongly supported this action.

The traditional view of antitrust policy espoused by the mainstream U.S. antitrust bar and academic industrial organization economists is to protect competition and not competitors. Thus, by effectively carrying out their enforcement authorities, the antitrust agencies ensure that markets—and the business practices of firms operating in them—benefit consumer welfare and are not anticompetitive. Industrial organization economics has provided the theoretical reasoning behind the relationships among industry structure, conduct, and performance, while industry-level empirical research results have uncovered the evidence substantiating those market relationships, as well as benefitting “rule-of-reason” analysis in antitrust investigations.

Not surprisingly, the bipartisan-supported bills that are now in the House—and are likely to be acted on by the full Congress in 2022—have their supporters and detractors. In September 2021, fifty-eight “public” interest groups, including Public Citizen, the Electronic Frontier Foundation, and the Center for American Progress, signed a letter urging House Speaker Nancy Pelosi (D-CA) and Minority Leader Kevin McCarthy (R-CA) to push for passage of the six antitrust-related bills. In the letter, these groups stated:

America has a monopoly problem. Monopoly power lowers wages, reduces innovation and entrepreneurship, exacerbates income and regional inequality, undermines the free press and access to information, and perpetuates toxic systems of racial, gender, and class dominance. Big Tech monopolies are at the center of many of these problems. Reining in these companies is an essential first step to reverse the damage of concentrated corporate power throughout our economy.

In contrast, Scott Wallsten and John Mayo of the Technology Policy Institute argue that these bills

… are all premised on the assumption that if an action might ever yield a bad outcome then that action must be prevented, regardless of the costs. To put it differently, each bill is concerned with behaviors that can, under certain circumstances, be anticompetitive, but under other circumstances are pro-competitive and important to promoting innovation and the overall functioning of the economy.

But no evidence suggests that the behaviors identified and mostly outlawed in the bills are always, or even in a significant number of cases, bad. On the contrary, economic analysis has shown that often they benefit consumers. Outlawing these actions, as proposed in these bills, will lead to higher prices, lower quality, and slower innovation, all of which harm economic welfare.

Furthermore, according to results of its recent research study, NERA Economic Consulting reports that these legislative proposals would impose costs of approximately $300 billion while impacting thirteen additional American companies in the near term and more than 100 companies in the next decade. The study’s author Christian Dippon argues that the legislation would limit American startup growth and international competitiveness while increasing costs for Americans.

… these bills contain provisions that, as drafted, may inadvertently undermine U.S. national security by transferring sensitive data to adversaries and granting foreign competitors access to U.S. digital platforms, hardware, and software. Additionally, these bills would weaken the U.S.’s ability to counter foreign cyberattacks, espionage, influence and surveillance efforts. Furthermore, only a small group of U.S. tech companies are in scope under these bills, while a much larger set of foreign rivals in China, Russia, and other markets are entirely exempt from the legislation.

Yet one would think that the U.S. and state governments are “asleep at the wheel” when it comes to antitrust enforcement against the four Big Tech companies—which is factually incorrect. The FTC filed a new complaint against Facebook in August 2021, accusing the company of crushing or purchasing rivals and asking a judge to force the social media giant to sell Instagram and WhatsApp.

The DOJ sued Google in October 2020, accusing the $1 trillion company of illegally using its market power to hobble rivals. The Justice Department is preparing to file a second lawsuit focused on the company’s digital advertising business. Moreover, a lawsuit by thirty-eight U.S. states and territories—later consolidated with the federal lawsuit for purposes of discovery—accuses Google of abusing its market power by attempting to make its search engine as dominant in cars, TVs, and speakers as it is in cellphones. Texas, backed by other state governments, filed a separate lawsuit against Google in December 2020, accusing the company of violating antitrust law in the operation of its online advertising business. Dozens of state attorneys general sued Google on July 7, 2021, alleging it bought off competitors and used restrictive contracts to unlawfully maintain a monopoly for its app store on Android phones.

Furthermore, the DOJ has an ongoing probe focused on Apple’s app store. App developers have accused Apple of introducing new products similar to existing apps created by other developers and sold in the Apple Store and then trying to banish the older apps from the store because they compete with Apple’s new products. Likewise, the FTC is looking into the inherent conflict of interest in Amazon competing with small sellers on its marketplace platform, including allegations that the tech giant used information from these sellers to decide what products it would introduce.

The litany of outstanding federal and state antitrust investigations reveals that many of the issues to be addressed by the new legislative package are already being addressed under existing antitrust law and policy. Furthermore, private litigants who believe they are being anti-competitively aggrieved by Big Tech can bring civil antitrust action against these companies. However, federal and state antitrust policy can certainly be more proactive when it comes to initiating enforcement actions against anticompetitive behavior. But selectively focusing federal legislative remedies on a specific industry is not a historical precedent of antitrust law; any legislative changes to law enforcement protocols and identifying anticompetitive business practices should be applicable to all industries.

Regardless of how favorably or unfavorably one might view U.S. Big Tech, these companies are national security factors; this legislation has the potential for placing U.S. data and intellectual property in the hands of China and other foreign rivals. Provisions in the bills could give advantages to foreign companies, since, for example, Chinese tech giants like Huawei, Tencent, Baidu, and Alibaba would not have to abide by the same regulatory requirements.

The American public’s growing animus for Big Tech should not be automatically and erroneously conflated with newly enacted federal antitrust law and policy remedies. Where public policy involvement is deemed necessary—in issues concerning user privacy; political manipulation and censorship; addiction and low self-esteem encouragement; and content integrity issues like fake news, conspiracy theories, copyright infringement, and hate speech—traditional regulatory solutions may be the most effective antidote. For example, a vigorous three-pronged policy approach consisting of public regulation (e.g., through existing investigative authority in the FTC), private regulation (e.g., by tech companies embracing third-party, unaffiliated-organization oversight and audit), and industry liability reform (e.g., by Congress considering a revision in the legal liability exclusion found in Section 230 of the Communications Decency Act) is worth considering before engaging in industry-specific antitrust legislative actions whose unintended policy impacts may be impossible to rescind before the economic damage is done.

Thomas A. Hemphill is David M. French Distinguished professor of strategy, innovation, and public policy in the School of Management at the University of Michigan-Flint.