Breaking the Taiwan Status Quo Will Lead to Crisis 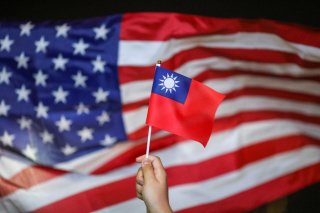 The delicate Taiwan Strait status quo that Washington, Beijing, and Taipei have managed to maintain for over four decades is being challenged from all directions. With Chinese military aircraft flying more frequently and aggressively near Taiwan, and Washington beefing up military and diplomatic support for Taiwan, a crisis in the Taiwan Strait is brewing.

The Taiwan Relations Act (TRA) has guided America’s unofficial ties with Taiwan since 1979 when Washington established diplomatic relations with Beijing following the “one China” policy. But the TRA is not a defense treaty, and the United States is not obligated to defend Taiwan. President Joe Biden’s claim of rock-solid U.S. commitment to Taiwan created confusion and raised questions about the grave consequences of Washington’s possible change of its long-standing policy toward Taiwan.

The United States has long opposed unilateral changes to the status quo across the Taiwan Strait. U.S. officials have condemned the People’s Republic of China’s (PRC) recent military activities around Taiwan as a challenge to the status quo, but they have been reticent about the current Taiwanese government’s abandoning of the “one China” that serves as the historical connection between Taiwan and the mainland.

Beijing’s position is that despite the separation of Taiwan and mainland China, which was caused by the Chinese Civil War, China’s sovereignty and territorial integrity remain unchanged. And it is willing to use force to reunify Taiwan into “one China” if peaceful means are unsuccessful.

Following their retreat to Taiwan, both Chiang Kai-shek and his son Chiang Ching-kuo followed “one China,” much as Taiwan under Lee Teng-hui’s leadership did in the late 1980s and early 1990s. Lee even set up the National Unification Council in 1990 to outline the three phases for unification. Officials from the two sides of the Taiwan Strait met in Hong Kong in 1992, out of which emerged the term “1992 Consensus”—where both sides agree that there is only one China, but the meaning of “one China” could be different. However, in 1999, Lee proposed that relations across the Taiwan Strait were “special state-to-state relations,” departing from “one China.”

But then Taiwan’s pro-independence Democratic Progress Party (DPP) came to power in 2000 and returned to office in 2016. The DPP’s leader and current president, Tsai Ing-wen, maintains that Taiwan is already an independent state, and China and Taiwan are not subordinate to each other, changing the nature of cross-strait relations.

America’s “one China” policy has been based on the three U.S.-PRC joint communiqués and the TRA. However, Washington has recently added the Reagan-era’s private Six Assurances to Taiwan to the equation when defining its “one China” policy, representing a unilateral reinterpretation of the volatile Washington-Beijing-Taipei relationship.

U.S. officials have consistently stated that the United States does not support Taiwanese independence and does not follow a policy of “one China, one Taiwan” or “two Chinas.” However, Washington has significantly upgraded its “unofficial” relations with Taiwan in recent years. What exactly is Taiwan’s status under America’s “one China” policy? What is Washington’s intention vis-à-vis Beijing?

Beijing is worried that Taiwan is slipping away from China and, while it prefers peaceful reunification, Beijing has vowed to crush Taiwanese independence at all costs. Yet, ironically, the more pressure Beijing exerts on Taiwan, the more resentful the Taiwanese become, and the less likely unification will be. Beijing does not seem to know how to win the hearts and minds of the Taiwanese people.

The DPP government has categorically rejected “one China” as something Beijing imposes on Taiwan. It has stated that the two sides should engage in a meaningful dialogue based on parity and without “one China” as the precondition. However, by claiming that Taiwan is already independent or that Taiwan and China are separate countries, the DPP government is imposing its own precondition that is unacceptable to Beijing.

The American people deserve answers to such consequential questions that are not publicly discussed and debated. They must be fully informed of the potential perils in the Taiwan Strait and decide what interests the United States has in the Washington-Beijing-Taipei relationship. Overall, restoring stability in the Taiwan Strait and avoiding war with China over Taiwan should be priorities for the Biden administration’s foreign policy.

Zhiqun Zhu is Professor of Political Science and International Relations at Bucknell University.