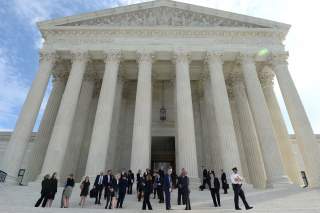 The U.S. Court of Appeals for the District of Columbia Circuit upheld a subpoena for President Donald Trump’s accounting records Friday, potentially teeing up a landmark fight between the president and Congress in the Supreme Court.

“Contrary to the president’s arguments, the committee possesses authority under both the House rules and the Constitution to issue the subpoena, and Mazars must comply,” the decision reads. Judge Neomi Rao dissented from the ruling.

The case is Trump v. Committee on Oversight and Reform of the U.S. House of Representatives.

This is breaking news. This post will be updated