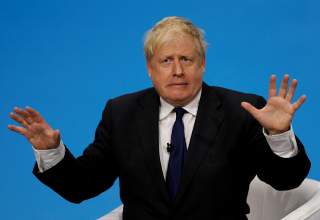 The only real threat posed by a hard Brexit is the prospect of cataclysmic technical barriers being thrown up, like the nonrecognition of British commercial aircraft licenses in the EU. But of course these too cut both ways. It’s hard to imagine EU airlines giving up their precious landing slots at London’s Heathrow airport, which have been valued at $75 million for a single slot. Or EU banks giving up access to London’s capital markets.

When Britain’s prime minister Theresa May took office in 2016 with a pledge that “Brexit means Brexit,” she held all the cards in negotiations over leaving the European Union. She had a direct popular mandate, if not for herself, then at least for Brexit. Her EU opponents had to coordinate the negotiating positions of twenty-seven different countries, several of them possible exit candidates themselves, and many of them (Greece, Hungary, Italy, Poland, and others) at loggerheads with the EU executive authorities in Brussels.

What’s more, she held two all-powerful trump cards. First, there were 3.2 million (now 3.5 million) EU citizens in the United Kingdom who hoped to be allowed to stay, most of them depending on the UK economy for their livelihood, compared to only 1.2 million UK citizens in Europe, most of them retired. Second, the Republic of Ireland relied on the United Kingdom as a transit route for 80 percent of its exports to the rest of the European Union, in addition to relying on UK ports for most of its global imports.

With admirable British reasonability, on taking office May immediately guaranteed that under any Brexit deal, all EU citizens in the UK would be allowed to stay (and work), and that there would be no border controls between the UK and Ireland. A brawler like Donald Trump could have made billions out of those two cards. Having thrown them out on the first hand, May was left with very little else to play.

And so she got the only deal the EU was willing to give: continued subservience to the European Union, with no right (ever) to withdraw from a humiliating transitional agreement, and no say in how the EU would be governed (and govern Britain) in the future.

There’s something to be said for being reasonable. And there’s something to be said for being Donald Trump. Britain’s Theresa May has consistently taken a reasonable approach to negotiating with the European Union, and she lost big on every major issue. Given May’s negotiating cards, Trump would have bullied Brussels into submission. Instead, Britain has agreed in principle to submit to “membership lite”—membership without the benefits—forever.

But Britain still has time to salvage most of what it needs to make a success of Brexit. Where trade is concerned, so-called WTO rules would be fine. Global tariffs are now so low that they are rarely an impediment to trade; the 10 percent fall in the Pound-Euro exchange rate after the June 2016 Brexit vote is larger than most WTO tariffs. In any case, the EU exports much more to the UK than the UK does to the EU, so on balance the net effect of a higher tariff rate will benefit British interests over European ones.

The only real threat posed by a hard Brexit is the prospect of cataclysmic technical barriers being thrown up, like the nonrecognition of British commercial aircraft licenses in the EU. But of course these too cut both ways. It’s hard to imagine EU airlines giving up their precious landing slots at London’s Heathrow airport, which have been valued at $75 million for a single slot. Or EU banks giving up access to London’s capital markets.

Most of the so-called costs of crashing out of the EU stem from assuming literally no deal whatsoever, even on such technical issues. That’s simply not going to happen. It would be just as catastrophic for the EU as for the UK, and it would effectively cut EU member Ireland off from the rest of the world. For that matter, nearly all of Europe’s internet traffic is routed through the UK, meaning that without a status quo agreement on telecommunications, the whole continent would go dark.

If the UK leaves the EU with an a quick and dirty agreement that covers purely technical issues, it would face some port congestion, long lines for the Channel Tunnel, and even worse delays at airports than it already has. But port traffic is often slowed by weather conditions, and the Channel Tunnel has been in the past been completely closed due to snow or fire without destroying the British economy. Such problems are not the stuff of economic meltdown.

If the UK is going to base watershed decisions about its national sovereignty on the risk of longer lines at the airport, it doesn't deserve any sovereignty at all. Everyone (for and against) seems to agree that the current Brexit deal retains government from Brussels while giving up the British seat in Brussels. It seems designed to make British voters “pay the price” for having the temerity vote to leave the European Union. The UK would be better served by a hard Brexit—or just forgetting the whole thing. And a hard Brexit, at least, is a card it still holds.