Britain's Defense Review Must Not Overlook NATO And The High North 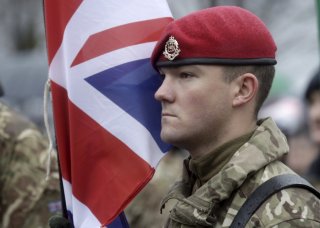 Britain’s upcoming strategic defense review is set to be the biggest change in the posture and capabilities of the United Kingdom’s armed forces in a generation. While the UK seeks to have global ambitions in the post-Brexit era, it should not forget its security challenges closer to home with the NATO mission in the Baltics and the threat of Russia to the high north.

The timing of the UK defense review, during a global pandemic that has disrupted the economy and led to large-scale lockdowns, has raised fears that the UK may be embarking on a rushed review to force through drastic changes. Critics have argued that “by offering detailed prescriptions on how to 'define the government's vision for the UK's role in the world over the next decade' at such a hideously inappropriate time, one simply provides a degree of 'cover' for a flawed endeavor.” The object of the review is likely to change and develop before its completion in November, but the overall emphasis from the UK defense secretary is towards being “fit for tomorrow’s battles, not fighting yesterday’s.” This suggests a move towards cyber capabilities, artificial intelligence and even advanced space capabilities. The UK is also not short of ambition in focusing on global security. The defense secretary has stated the need for the UK to be “more forward-deployed, deterring Russian activity in Europe, combating terror in the Middle East and the Sahel and countering Chinese activity in the Asia Pacific.” The global scale of these ambitions would need to be backed by a substantial budget, but despite prime minister’s advisor Dominic Cummings' penchant for all things tech, it seems the UK government has no plans to tax big tech firms in a fair way to improve British finances and ability to pay for such global ambitions.

The last two defense reviews were also aimed at cutting costs and it would appear that the emphasis on technology and future war may be a euphemism for cutting other capabilities, with rumors already denied that the UK may plan to cut its armor capabilities with the Challenger 2 tank. Whatever the outcome of the review, it seems there is a clear desire to shift towards non-conventional forces and high-end technology. Yet, Britain’s global ambitions still face a perilous situation closer to home. The UK contributes to NATO’s enhanced forward presence in Estonia with around 900 deployed troops and Britain’s global ambitions should not overlook that the wider north and Baltic region are still areas of concern. The UK’s Challenger 2 tanks have been rotated through Estonia in the last couple of years, along with Apache helicopters, and such capabilities provide a highly visible deterrent to Russia whilst providing reassurance to allies. The shift in UK priorities to cyber and advanced technology is also questionable when the UK’s main peer competitors are still retaining and improving their own conventional capabilities.

While the UK is right to recognize the changing nature of warfare, it risks going too far in overlooking more conventional forces. The UK defense secretary has argued that future operations may be undertaken in a so-called “grey zone” of warfare. This suggests the UK needs to be able to respond to the threat of hybrid war and Russia’s willingness to use unconventional tactics. The emphasis on the novelty of hybrid war however, overlooks the real lessons from the “little green men” and the annexation of Crimea. Russia’s intervention in Ukraine was successful because they also involved several armored divisions and were coupled with the implied threats of a nuclear force. Russia’s hybrid wara worked precisely because it was supported by more conventional means. If the UK is to continue to be a serious player within European security and the high north, then it must remember Russia’s hybrid war is still backed up by substantial conventional forces. The UK’s ability to be an active partner in European and NATO security still rests on matching such conventional capabilities.