Britain's Military Is Getting Some Serious Firepower Upgrades 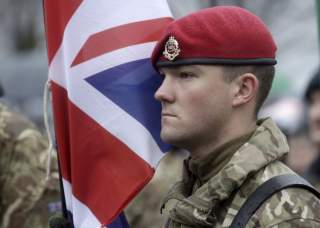 David Axe serves as Defense Editor of the National Interest. He is the author of the graphic novels  War Fix, War Is Boring and Machete Squad. (This first appeared late in 2018.)