Britain's New Type 26 Frigate Is Going to Be Amazing 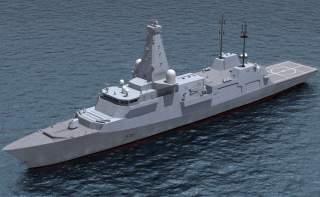 Key point: Britain needs a good, new frigate for its Royal Navy and the Type 26 is the solution.

The Royal Navy’s new Type 26 frigate could be its most powerful and flexible warship type in many decades. Assuming, that is, that the U.K. defense ministry properly funds the ships.

The British fleet is acquiring eight of the 7,000-ton-displacement frigates at a cost of more than $9 billion in order to replace an equal number of 1980s-vintage Type 23 frigates. The plan is for at least eight copies of the smaller, less heavily-armed Type 31 frigate eventually to replace the balance of the 13-strong Type 23 force.

With the Type 26, the Royal Navy could get a balanced warship with a wide array of sophisticated weaponry and the flexibility to handle a range of missions, U.K. Defense Journal explained.