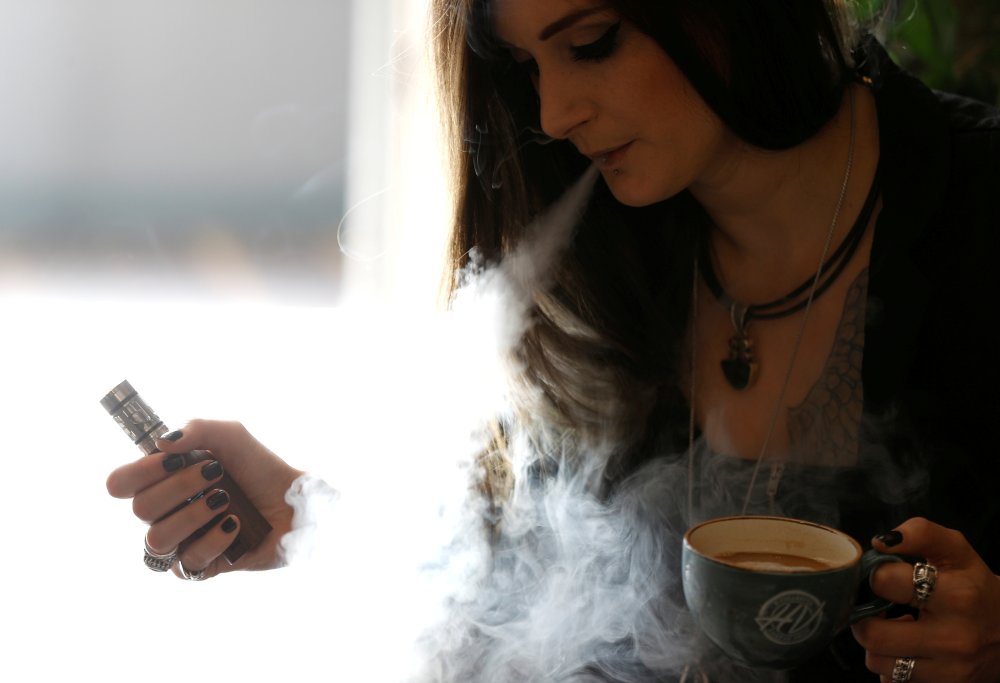 In Canada, the government of British Columbia is cracking down on vaping products. The plan is to reduce nicotine content, limit access to flavoured pods, mandate plain packaging with health warnings and raise the tax on vaping products to 20 per cent.

The rationale is simple. E-cigarettes have exploded in popularity around the world in recent years, especially among teens. Between 2011 and 2018, the proportion of high school students in the United States that use e-cigarettes increased more than 10-fold to 20.8 per cent from 1.5 per cent.

With all the cases of vaping-related lung disease in the U.S. and Canada, it’s not surprising to hear this described as “an epidemic that begs for an urgent response.”

The B.C. government has just such a response in mind.

The lure of fruity flavours

E-cigarettes are popular for a number of reasons. One is that they are marketed directly to school children.

As an example, recently the FDA sent a warning letter to Juul Labs about their advertising, specifically citing a school visit where a representative claimed that their product was “totally safe” and stated that a student “…should mention JUUL to his (nicotine-addicted) friend … because that’s a safer alternative than smoking cigarettes, and it would be better for the kid to use.”

Another reason for their popularity among young people is that unlike regular tobacco products, where flavourings were made illegal in 2009 with an amendment to the Tobacco Act, e-cigarettes come in a variety of appealing flavours.

In one analysis, nearly one-third of users said they started vaping because of e-cigarette flavours. These flavours, particularly fruity ones, were more likely to influence younger adults of 18 to 24 years than older ones.

B.C.’s plan to limit the sale of flavoured pods to age-restricted shops is more modest than the bans proposed by New York (of all flavours other than menthol and tobacco), Michigan (a ban on flavoured products, which was halted by a court ruling), and the complete ban recently proposed by Nova Scotia, but should at least help limit the appeal of these products to the younger demographic.

Perhaps the most interesting aspect of the B.C. government’s plan is their proposed tax. While many people may derisively refer to this a “sin tax,” the reality is that these types of excise taxes have a long and ultimately successful history.

Tobacco taxes have done much to help curb smoking rates and the recent experience with sugar taxes is showing the same.

Read more: Vaping: As an imaging scientist I fear the deadly impact on people’s lungs

A study of the Philadelphia sugar tax showed that after the city implemented a 1.5 cent-per-ounce tax on sugar-sweetened beverages in 2017, soda sales dropped to $50.8 million after the tax from $78.5 million in 2016 — an impressive 27.7 per cent drop.

There is in fact good evidence that rising prices can get people to kick bad habits.

Not much better than a nicotine patch

A more recent study in the New England Journal of Medicine found that e-cigarettes outperformed other nicotine replacement products with quit rates of 18 per cent versus 9.9 per cent after one year.

However, an important caveat to this study is that 80 per cent of patients who “quit” smoking were still using e-cigarettes at one year, whereas most people (over 90 per cent) who quit with something like the nicotine patch ultimately stopped using it.

Thus e-cigarette users did not so much quit smoking as switch from cigarettes to e-cigarettes.

Restricting the flavourings that seem to entice young people into trying these products and raising prices through taxation should help curb the surge in vaping that we are currently seeing.

An obvious loophole to the B.C. plan is that cross border shoppers can simply get their e-cigarettes from another province with no tax and lower prices. Some of that was seen with the Philadelphia soda tax, where shoppers could drive to a neighbouring city with no tax where soda was cheaper. But soda sales outside the city rose only by 7.9 per cent, in contrast to the 27.7 per cent drop inside the city.

So while cross-border shoppers partially offset the gains of the program, they did not negate it completely. Still, a nationwide policy, as opposed to one that varies from province to province, would obviously make a tax on vaping products more effective.

For some time, people have considered e-cigarettes safe and harmless. The recent cases of vaping lung disease have shown us that we were probably wrong in that assumption.

Many people think it will be impossible to stop youth vaping and that any attempt at regulation will simply drive people to the black market. The same arguments were made against traditional cigarettes decades ago.

Getting people to quit a bad habit is not impossible. We just need governments to take action. We did it then with smoking, and we can do it again now with vaping.