British Media Is Biased On Discussions Of Climate Change 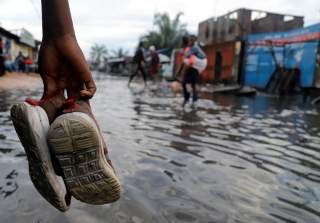 The scientist and journalist Matt Ridley has an interesting post about how British media is biased against rational discussion of climate change.

He explains the BBC policy that if anyone remotely skeptical of climate change appears on air they must be followed by someone who will counter what has been said. That is the case even if the skeptic is totally rational, makes arguments supported by mainstream scientific and socioeconomic opinion. What is worse is the person who allegedly comes afterwards to set the record straight can make all sorts of alarmist statements not supported by good science.

Climate change is serious, and efforts to tackle it are warranted. But doubts about some of the science — especially estimating damage from greenhouse emissions — means that the very real scientific, political, and economic obstacles to limiting emissions should be discussed openly. I have no idea if US TV networks follow similar approaches to the BBC, but without open discussion the issue will forever be polarized.

This article by Roger Bate first appeared at the American Enterprise Institute.