Buttigieg's Healthcare Plan Is Secretly As Radical As Bernie Sanders's 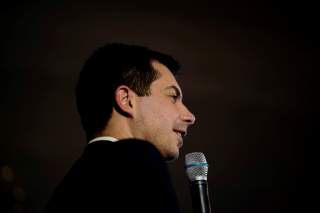 Advocates of government‐​run health care have an ignoble tradition of cloaking their ideas in the rhetoric of choice:

-In 2009 and thereafter, President Barack Obama repeatedly promised, “If you like your health care plan, you’ll be able to keep your health care plan, period. No one will take it away, no matter what.” He promptly thew millions of Americans out of health plans they themselves chose, liked, and wanted to keep.

-Sen. Bernie Sanders says, “If you are a human being, regardless of your immigration status, you have a right to health care.” Sanders’ actual proposals, however, would take health care rights away from everyone. His “Medicare for All” proposal would take away Americans’ right to purchase the health care they want by increasing taxes so much the average household’s after‐​tax income would drop by an estimated $35,000. Just to be sure you cannot exercise your right to choose your health plan, Sanders would outlaw private health insurance. Finally, he would violate the right of immigrants to purchase the health care they want by stopping them at the border.

South Bend Mayor Pete Buttigieg, who appears to have won the Iowa Democratic presidential caucuses, carries on that ignoble tradition.

Buttigieg proposes not a health care system of “Medicare for All,” but of “Medicare for All Who Want It.” Buttigieg purportedly proposes to turn Medicare into a “public option” where all Americans the choice of participating in the program without compulsion. “I trust the American people to make the right choice for them,” Mayor Pete says. “Not my way or the highway.”

Buttigieg’s rhetoric obscures the fact that his plan would create a single‐​payer health program and reduce Americans’ health care choices no less than Sanders’ plan would.

Before we examine how Buttigieg proposes to reduce Americans’ health care choices, let’s examine what a program of “Medicare for All Who Want It” would look like.

If Mayor Pete were really proposing Medicare for All Who Want It, he would let taxpayers choose whether or not they participate in the Medicare program. All who want Medicare could continue to pay taxes into the current system. All who don’t want Medicare could instead put those would‐​be tax dollars into a personal account they themselves own and control. Taxpayers who opt out of Medicare could invest those funds, use them to make their own health care decisions in their later years, and even pass them down to their children and grandchildren. All who want to remain in the current Medicare system would get the finest health care the government can deliver with whatever funds their neighbors are willing to hand over to the government voluntarily.

If he were really proposing to turn Medicare into a “public option,” Buttigieg would also make it an option for current enrollees. Instead of pushing them into the traditional, fee‐​for‐​service Medicare program, Medicare for All Who Want It would subsidize current enrollees with a check–just like Social Security does–and let them choose whether to spend that money on traditional Medicare or other health‐​insurance options. To ensure equity, older and sicker enrollees will get bigger Medicare checks than younger, healthier enrollees. To ensure a level playing field, traditional Medicare will get no subsidies from the federal treasury aside from the funds that Americans who want Medicare voluntarily contribute to the program.

Instead, Buttigieg proposes to continue to force taxpayers to participate in Medicare whether they want it or not. Indeed, he would ramp up the compulsion.

Buttigieg’s plan thus reaffirms that a “public option,” as its intellectual father Jacob Hacker admitted, is not about expanding choice but leaving Americans with no choice:

Someone once said to me, “This is a Trojan Horse for single‐​payer,” and I said, “Well, it’s not a Trojan Horse—it’s right there! I’m telling you: we’re going to get there, over time, slowly.”

In the end, Buttigieg’s plan is not “Medicare for All Who Want It.” It is instead a single‐​payer, “Medicare for All” plan with additional layers of deceptive rhetoric. Both Buttigieg’s and Sanders’ plans would deny Americans the right to make their own health care decisions and hand those decisions to a government‐​run single‐​payer system. Mayor Pete is just doing more to hide the fact.

This article by Michael F. Cannon first appeared at CATO.