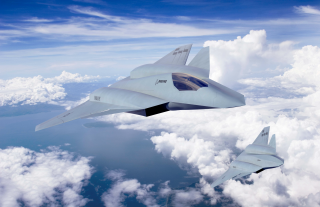 Rear Admiral Scott D. Conn, director of Air Warfare in the Office of the Chief of Naval Operations, said on Apr. 4 that the analysis of alternatives (AoA) for U.S. Navy next-generation air-dominance fighter aircraft (F/A-XX) will be complete during spring of 2019.

“That AoA will be complete this spring,” Rear Adm. Scott D. Conn, director of air warfare in the Office of the Chief of Naval Operations, said during hearing of the Tactical Air and Ground Forces subcommittee of the House Armed Services Committee.

“The final report will come out this summer, and that will inform future choices reflected in future budget cycles in terms of what we need to do to get after the lethality that we need at a cost that we can afford.”

The F/A-XX air-dominance fighter will be a sixth-generation aircraft that eventually will replace the F/A-18E/F Super Hornet strike fighter in the Navy’s carrier air wings.

Conn pointed out that the service expects to attain a 50-50 percentage mix of F-35Cs and F/A-18E/Fs by about 2030. As we have already reported the service has ordered 78 Block III Super Hornets and plans to bring more than 100 older Super Hornets to the Block III configuration.

“Any additional resources that would be available from an F-35 perspective would provide us some buffer to meet our transition schedule as we get transition squadrons from Super Hornets into the Joint Strike Fighter,” Conn said.

As we have previously explained the U.S. Navy declared F-35C Initial Operational Capability (IOC) on Feb. 28, 2019.