Cable Viewership Drops as Americans Continue to ‘Cut the Cord’ 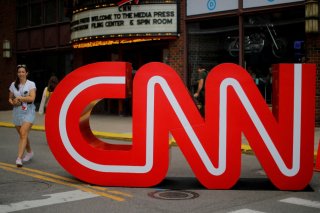 Moffett Nathanson has released a report showing just how much cable viewing has receded as part of the entertainment diets of Americans.

“Cable and broadcast networks have seen their audience reach evaporate, falling double digits over the past several years. That reach is increasingly focused on older, power users of live content,” the report said. “For cable networks, general entertainment, kids programming, and movies have been the hardest hit genres, with only sports and news bucking dramatic declines in viewership,” it continued.

Sports, especially the NFL and Summer Olympics, remain popular on linear broadcast channels, as the industry moved to a different model. In the future, sports and news will earn live audiences, but other programming will mostly be viewed on-demand.

The study also found that audiences of cable networks have continued to skew older. The authors noted that “older viewers may be cutting the cord, but younger folks are increasingly asking the question, ‘What is a cord?’”

As for cable networks, the three most-watched were news channels Fox News, MSNBC, and CNN. But even then, all three saw decreases in time viewed from 2020 to 2021, as 2020 was a heavy news year with a presidential election. ESPN was the only major channel with a year-over-year viewership increase, in part because sports shut down for several months in 2020 before returning in 2021.

The report also showed that the pandemic changed how people watch television.

“Changes in viewing patterns over the pandemic have had a dramatic impact on ratings by content genre,” the Moffett Nathanson report said. “Looking at 2021 vs. 2019, while news and sports ratings have dropped modestly, there has been a collapse in content [for children], syndicated content, and movies. The broader adoption of streaming services, we assume, has driven this shift.”

Sports have emerged as the one “lifeline” for traditional pay-TV, even as sports leagues begin to make major streaming deals, including Major League Baseball’s recent deal with Apple.

“Networks and affiliates have managed to stave off a complete collapse of their revenues by matching declining viewership with inflating ad prices, but given the dramatic drop in certain cable networks’ reach, this long-running trend clearly looks less sustainable from here,” the report said.