Can America Regulate Itself Out Of The Vaping Crisis? 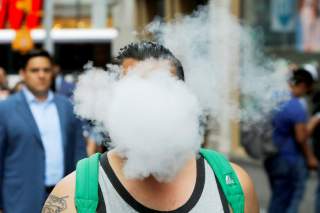 Over the past few years I’ve undertaken research into a variety of tobacco products. As part of that research I interviewed 487 smokers on their attitudes towards, and uses of, non-combustible tobacco products. I recently followed up with those who had indicated that they vaped as well as smoked. The full results are for another time, but there was a subset of youth vapers that are considered most at risk. These 16 teenagers are based in Philadelphia.

Six of them vaped and smoked, but most claimed they smoked less than before, while they vaped more. Two were vaping less and had almost quit, while four former smokers now only vaped. About half were happy vaping but were worried about recent lung injury stories and all but two said they never did THC (cannabis) vaping. There was confusion about the risks of vaping, two saying they thought Juul was as risky as cannabis vaping.

Most of those who vaped were buying online from legitimate sources in the Spring but their ability to do so changed over the summer and now they were buying from different sources, either via social media or physically from pop up stores (in one instance near their school).

The change for over half of those buying appears significant as shown in the pie charts below.

Overall, it was heartening that most teenagers (in this survey) were fairly well informed about the risks of vaping. Even though health professionals would be alarmed that most weren’t changing their stated vaping behavior, regulators should be concerned that they were being forced to change their buying behavior. Of course, changes in buying mean there is a change in vaping behavior because the products procured now are probably not the same as before and almost certainly more dangerous (contaminated with THC or other dangerous chemicals).