Can Blinken Reset Washington’s Relationship With the DRC? 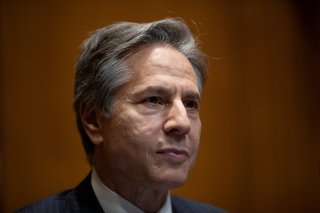 U.S. secretary of state Antony Blinken will take a five-nation tour across Africa and Asia from August 2-11. The senior official’s visit to the Democratic Republic of the Congo (DRC) occurs at a critical time as the country experiences a new wave of internal violence and inter-state tensions while seeking to improve its investment climate.

While in the DRC on August 9-10, Blinken will meet with Congolese officials and civil society representatives to discuss the upcoming 2023 elections, combat corruption, support “trade and investment ...and support regional African efforts to advance peace in eastern DRC and the broader Great Lakes region.” It is unclear if he will meet with President Félix Tshisekedi. He will then travel to neighboring Rwanda, the final stop of his tour.

The back-to-back visits to Kinshasa and Kigali are not a coincidence. Since violence commenced again in regions like North Kivu, the DRC has accused Rwanda of supporting the resurgent M23 insurgent movement to profit from the DRC’s minerals, including gold and diamonds. Kinshasa and Kigali held peace negotiations in Angola, which appear to have de-escalated tensions, but the violence continues. Meanwhile, U.S. senator Robert Menendez wrote a letter to Secretary Blinken requesting a review of Washington’s policy towards Kigali, including pausing financial aid to Rwanda’s peacekeeping efforts.

Anger about the violence has prompted many Congolese to protest against the United Nations (UN) mission in the DRC, MONUSCO; the belief is that UN peacekeepers are not protecting the civilian population. In some instances, the protests turned deadly; at least two fatalities occurred when MONUSCO troops in Kasindi, by the Ugandan border, opened fire against protesters. The UN mission said, “soldiers from the intervention brigade of the MONUSCO force...returning from leave opened fire at the border post for unexplained reasons and forced their way through.” Peacekeepers were also killed in other incidents. The State Department has asked DRC authorities to protect “MONUSCO sites and personnel and for protesters to express their sentiments peacefully,” while Kinshasa is calling for an investigation and the withdrawal of MONUSCO troops from the country.

Washington has historically had problems creating a comprehensive, long-term strategy toward Africa. Realistically, the Covid-19 pandemic, the war in Ukraine, and the global supply chain crisis will continue to divert U.S. policymakers’ attention from a region full of valuable natural resources like Africa’s Great Lakes. Thus, Blinken’s visit has the potential to help broker peace between the DRC and Rwanda and create a much-needed reset of U.S.-DRC relations to address the violence in the country.

Given Russia’s growing presence in Africa via the Wagner Group in the Central African Republic and the upcoming Russia-Africa Summit, along with new trade and investment deals involving China, Washington must develop a blueprint for a more comprehensive presence in the region, apart from defense relations or humanitarian assistance.

It is also noteworthy that Blinken will discuss “trade and investment” during his trip. This statement by the State Department may sound standard, but it is not.

Since coming to power in 2019, President Tshisekedi has worked to bring more financial transparency and combat corruption, fraud, and embezzlement, three crimes the DRC has sadly been associated with since its independence. The president selected Jules Alingete to head the country’s anti-corruption agency (Inspection Générale des Finances: IGF) in 2021. Additionally, on July 11, the country became the 7th member state of the East African Community (EAC), a political-economic integration bloc based in Tanzania. With the DRC’s membership, the EAC expands from the Indian to the Atlantic Ocean—Kinshasa can use this membership to pursue bloc-to-bloc or country-to-bloc trade agreements that would otherwise be challenging to achieve.

Kinshasa, particularly entities like the national investment agency (Agence Nationale pour la Promotion des Investissements: ANAPI), are seeking to attract more investors, with Kenyan firms reportedly being interested, and developing local industries so that the country can manufacture more advanced goods, not simply export raw materials. With that said, in late July, the Congolese government placed thirty oil and gas blocks on auction, which could potentially have disastrous environmental consequences.

It is unclear if any U.S. companies will bid for these blocks. Still, Secretary Blinken will hopefully remind the Congolese government that President Biden is focused on combating climate change, which by default includes protecting green areas like the Congolese rainforest. Creating a friendlier, secure, and more profitable investment climate in the DRC for U.S. companies does not mean that precious natural areas must be lost.

Secretary Blinken’s trip to Kinshasa occurs at a difficult time for the DRC government. Ideally, such a high-level visit would be a reason for a local government to showcase successes. Instead, the visit will primarily focus on the violence in the eastern DRC, M23 rebels, and tensions with Uganda. For Kinshasa, the objective is to demonstrate that despite these crises, the government remains a U.S. ally and can become a more reliable destination for American investment. This is a challenging but not impossible task.

Wilder Alejandro Sánchez is an analyst of geopolitical, defense and trade issues. He is the president of Second Floor Strategies, a consulting firm in Washington, DC.