Can Blockchain Bring Down Big Tech? That's What I Told Congress 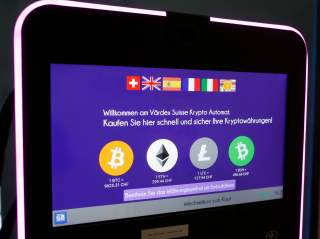 Last week, I testified before the House Small Business Committee on the benefits of blockchain. I was self-conscious about the knock on blockchain that comes from backers of full-blown cryptocurrency systems: If you trust each other to run a permissioned blockchain together, why not just agree on running a plain vanilla database?

Having gone through the exercise of writing and delivering my testimony, I am more confident than ever that blockchains — the blockchain data structure combined with peer-to-peer block production — have salutary consequences in terms of both data security and power distribution. This is so even when they’re not fueled and secured by a cryptocurrency.

It’s easy to get too technical or too high-toned with complex technologies such as blockchain or cryptocurrency. Members of Congress have practical matters in mind, filtered up from constituents and directed to them by advocates and the media. They are interested in data security, for example, and what to do about Big Tech. On both scores blockchain has something to offer.

As to security, simplicity is a friend. Complexity increases vulnerabilities, the “attack surface” that exposes a technical system to threats. Once you get past the cryptographic concepts, blockchain is really pretty simple. It locks data reflecting events and transactions into a time-series record that cannot be altered or back-dated — a ledger.

Blockchain has a further security virtue in its peer-to-peer method for creating new blocks, or ledger pages. The peer-to-peer process exposes the software rules for creating blocks and blockchains to a lot more eyeballs, as well as the data itself. That means that flaws in the software and shenanigans with the data are more susceptible to discovery. Foresighted wrongdoers recognize that this makes self-serving code and attempts to corrupt data more risky.

The comparison is not apples to apples, but in closed systems — many of which affect our privacy and financial security — we don’t even know what the data is, much less how well it’s protected. I’m not part of a chorus lamenting the lapses of Big Tech, many though there are. Blockchain systems may offer alternatives to many functions that are now proprietary or governmental. Such systems may be much more secure.

Chairwoman Nydia Velázquez (D-NY) may not be so sanguine about Big Tech. In her opening statement at the hearing, she said, “[M]uch of the power of the Internet is concentrated in a few multi-billion-dollar companies such as Facebook, Google, and Amazon, who gather large amounts of data on consumers and dominate marketplaces.”

Power is an undertheorized concept in social science (beyond international relations), and I think there is vastly more power out there than what these companies have amassed. But my written testimony dealt with the power arrangements that exist in data systems. Those arrangements can create advantages for larger players, which blockchain systems can help dissipate. As I described in my testimony:

Large companies have the resources and heft to set data standards for their industries. These standards may advantage these large businesses. And, of course, they have access to more data about markets, products, customers, and so on. Blockchains can bring large communities together to create data commons—unowned, non-proprietary stores of data. Blockchain projects are more likely to have data structures that serve all use cases, and blockchains may give small businesses access to data they did not have previously. This would give them opportunities to deploy advanced analytics and make other uses of data that are now reserved to only bigger businesses now.

Indefatigable tech-business commentator Mike Masnick wrote a piece last year entitled “Protocols, not Platforms,” in which he argued that a return to protocol-based competition would help solve problems with social media content. It would do that, and more. Blockchain, of course, is a protocol that can be endlessly configured, including for uses that open homogeneous markets to diversification and specialization.

I’ve tried to make the case here that blockchain is good, even without a cryptocurrency powering and securing them. Even centralized blockchain projects can be better than standard database set-ups. The perspective of many blockchain doubters, no doubt, is the world-conquering pretensions of cryptocurrency-backed systems like Bitcoin and the others. They risk making the perfect the enemy of the good. While we continue waiting for the perfect to materialize, I look forward to what good may come from blockchain.

This article by Jim Harper first appeared on March 11.

Image: The exchange rates and logos of Bitcoin (BTH), Ether (ETH), Litecoin (LTC) and Bitcoin Cash (BCH) are seen on the display of a cryptocurrency ATM of blockchain payment service provider Vaerdex at the headquarters of Swiss Falcon Private Bank in Zurich, Switzerland May 29, 2019. REUTERS/Arnd Wiegmann