Can China and the United States Avoid a War? (Maybe World War III?) 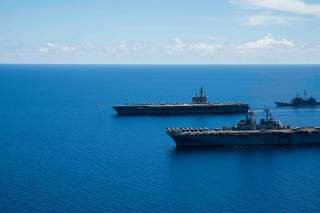 Key Point: Going forward the United States must reassess its national interests and its global goals.

A panel at the U.S. Naval Academy at Annapolis recently asked whether—as Professor Graham Allison’s latest book contends—China and the United States are “destined” for war. Indeed, Professor Allison numbered among the panelists who discussed the new China challenge.

James Holmes is J. C. Wylie Chair of Maritime Strategy at the Naval War College and coauthor of Red Star over the Pacific.The views voiced here are his alone. This piece originally appeared in October 2018 and is being republished due to reader's interest.