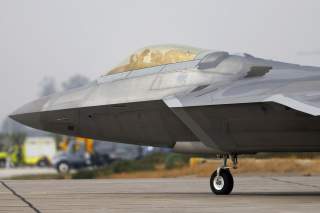 Key point: Beijing likes to boast and claims it can follow around the F-22. That remains to be seen and is probably unlikely.

State-run Chinese media claimed back in 2016 that the People’s Liberation Army is able to track the U.S. Air Force’s Lockheed Martin F-22 Raptor stealth fighters over the East China Sea. While the Chinese report might be easily dismissed as propaganda—it is not beyond the realm of possibility. In fact—it’s very possible that China can track the Raptor. Stealth is not a cloak of invisibility, after all. Stealth technology simply delays detection and tracking.