Can Europe Regulate Itself Into Technological Success? 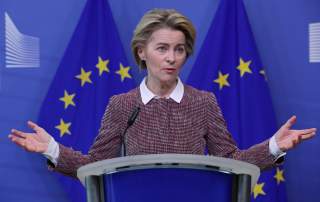 Europe has a plan to regulate its way into being a technology powerhouse. According to The Wall Street Journal, EU Commissioner Thierry Breton explained Europe’s thinking this way: “We recognize we missed the first battle, the battle of personal data. Europe has everything it takes to lead the ‘big data’ race, and preserve its technological sovereignty.”

Numerous European political leaders appear to share the commissioner’s beliefs. According to the Disruptive Competition Project:

Earlier this year, Bruno Le Maire, France’s finance minister, published a book calling for a “new European empire” to resist U.S. and Chinese economic and technological domination. His colleague, German Economy Minister Peter Altmaier, has also been calling for “digital sovereignty” in recent months. And this week, Chancellor Merkel said that: “Europe, as a general rule, needs to be able to do everything itself.”

In summary, Europe’s penchant for regulation and suspicion of entrepreneurship has caused its tech leaders to, well, not lead: The world’s top tech companies are all from the US or China.

Europe’s answer: Double down on the failing strategy by means of a government-created, sovereign European digital empire — that is, a kind of digital protectionism. What could go wrong?

The plan includes three tactics. One is handicapping non-European tech companies. After fining US tech companies billions of dollars, EU Commission Executive Vice-President Margrethe Vestager remains unsatisfied. According to Thomas Vinje, a partner at the law firm Clifford Chance: “She has learned that data is the fundamental issue and that what she’s done so far has not worked.” Her new plan? Control US tech companies’ data.

In other words, Vestager has figured out that today’s tech leaders are leaders because of their expertise in providing products that customers love and in applying artificial intelligence and data analytics. She and other European regulators say that US tech companies are leaders because of anticompetitive conduct. But if conduct were the problem, then restricting or penalizing it would be the solution. Instead, regulators are seeking to take away the tech leaders’ competencies.

This leads to the second tactic of the plan: Ms. Vestager wants to confiscate US tech leaders’ knowledge and data and give them to European companies.

But data redistribution won’t create European tech leaders. Expertise isn’t a static thing, and it isn’t portable. It is continuously built by experimentation and learning from mistakes within a culture that embraces risk taking, that is more passionate about creating a future than imitating the past, and that takes responsibility rather than seeks to blame.

Taxing others does redistribute money, but the effect is short lived because taxation doesn’t create value. And subsidizing European companies’ finances weakens the discipline of financial markets. If Europe really does have “everything it takes to lead the ‘big data’ race” as Mr. Breton said, the companies could compete for capital.

What should Europe do? Quit seeking to imitate and hamper US and Chinese companies and let markets work for Europe. European consumers will be better off because they will have better access to products they love. And European entrepreneurs will be greatly rewarded if they leapfrog today’s tech rather than imitate existing business models.

This article by Mark Jamison first appeared at AEI.