Can an F-35 Be Turned into a Hypersonic Aircraft? 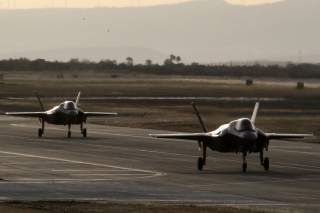