Can the F-35 Stealth Fighter Replace the A-10 Warthog? 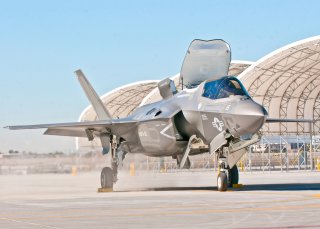 The A-10’s storied history of success, in both the number of lives it has saved and battles it has won, has earned it a distinct and timeless place in history. One of the A-10’s key attributes is its built-in redundancy, meaning the aircraft is built to keep flying even if key parts are destroyed by enemy fire. The A-10 can lose an engine, certain electronics, or even part of a wing and continue to fight. I once talked to a pilot who survived a battle during the Gulf War by flying his damaged A-10 with one wing. The aircraft’s lethality is yet another unique attribute, as the 30mm cannon is aligned in a linear way beneath the fuselage, giving pilots a straight ahead view of targets below.

All of these reasons are why some members of Congress and the Pentagon have pushed back in recent years on the Air Force’s plans to divest from the aircraft. However, is the A-10 now finally reaching retirement? The Air Force plans to divest as many as twenty-one A-10s in 2023, according to the service’s budget request. This would make sense, given the rapid arrival of newly built, fifth-generation F-35 Joint Strike Fighters.

But could the advent of new air-attack technologies render the A-10 less impactful, more vulnerable, and eventually obsolete? For years, many have insisted that the answer is no: the A-10 is arguably unparalleled when it comes to providing combat crucial, time-sensitive close-air-support (CAS). Yet the Air Force continues to maintain that many aircraft, especially the F-35, are well suited to perform the CAS mission.

The Close Air Support mission is so vital to the military services that the Pentagon once conducted a specific CAS “fly off,” or competition between the F-35 and the A-10 to determine which platform might best be suited for the future of CAS. Interestingly, while thought of as a fifth-generation, multirole stealth fighter, the F-35 is tactically well positioned for CAS. The F-35 not only has a fuselage-wing-mounted 20mm cannon for ground fire but also has the speed and maneuverability required to reliably elude ground fire.

But would an F-35 be survivable enough to withstand incoming small arms fire like an A-10 can? Given its range and the fidelity of its sensors and precision-guided, air-to-ground weapons, the F-35 may never need to be as close to its targets as the A-10. Moreover, the F-35’s sophisticated navigational prowess and impressive speed may mitigate any risk of incoming ground fire. But is the fighter jet’s coating, built with survivable composite materials, able to withstand small arms fire in the event that the aircraft needs to fly close to the ground? These questions have not yet been answered. Until they are, it is unclear whether the F-35 can truly supplant the mighty A-10. However, there is reason to believe that, given the opportunity, the F-35 fighter jet could be a great asset for the U.S. military’s CAS mission.