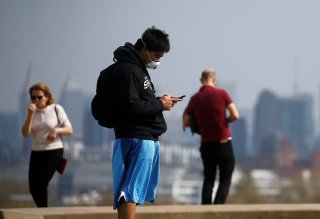 Geolocation data and location data brokers, who have long been used to pinpoint where advertisements should be delivered, maybe stepping into the ring to fight the COVID-19 pandemic.

The exponential spread rate of the coronavirus has pushed a number of countries to use geolocation data to help battle this unsettling outbreak. In many cases, the data has been a boon for authorities looking to track movements across provinces and regions and the overall effectiveness of measures like sheltering in place.

Privacy watchdogs, however, are usually not on board with such measures and have warned about the unethical practices and the possibility that the collected data is erroneous. One example is the relative ease in which devices can manipulate their location data. Therefore, lawmakers in the past have called out location data brokers on how they garner and release people’s sensitive information.

It has been, though, hard to argue against the advancements that China and South Korea have made within the past month in curbing the COVID-19 spread.

China has been utilizing data from popular apps like WeChat, and South Korea has likely tapped into information from the country’s ubiquitous messaging app KakaoTalk. In Singapore, the government's Trace Together app uses Bluetooth tracking to keep a close eye on those who have been infected with COVID-19.

The data could be used for necessary resources as well. In Seoul, the government has been releasing data on publicly sold medical masks, so that developers can use that information to create mask-mapping services for its citizens.

It wouldn’t be a difficult choice for the government to tap into that data if it means saving more lives from this virus. For years, advertisers and location data brokers have garnered information by paying out money to place trackers in popular apps that we use on a daily basis. So, the infrastructure to utilize such resources is likely already there for the taking.

It’s not surprising that the advertising industry often lays out the benefits of its data collection, but privacy watchdogs have said that this could eventually lead to disproportionate policies. Especially when dealing with a public health crisis of this magnitude, relying on data from brokers could unwittingly leave out the less fortunate, people of color and the elderly, as the use of tech and certain apps surely do vary among different classes, races, and ages.