Can Germany Break the Status Quo in EU-Russia Relations? 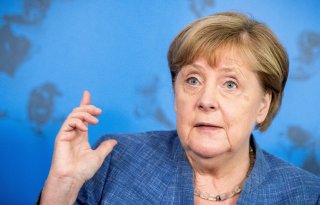 EU-Russia relations will not change as much as hoped by some and feared by others, as a result of the German elections. There are at least four reasons for this:

First, the new German government seems likely to be dominated by a coalition between the Christian Democratic Union (CDU) and the Green Party. They will have the principal role in setting policy, even if other parties are involved. Since the CDU is currently the key party in the government, it will probably push for retaining the status quo in regards to Russia policy. The Greens will no doubt advocate for a harder line in some senses, e.g. with regard to the Nord Stream II pipeline. However, the result will almost certainly be a compromise that does not go that much further than current Russia policy. How much further may depend on the other party or parties in the coalition.

Second, the EU member states remain divided on their positions toward Russia. Due primarily to economic interests, some member states continue to oppose a harder line on Russia, while others very much favor such a line. Thus there is not much room for manoeuver in the overall policy, as unanimity in foreign policy decisionmaking is required. The failed attempt by France and Germany to push through the idea of a discussion between the EU heads of state and government on the one hand and Russian president Vladimir Putin on the other at the European Council meeting in June 2021 indicates that even when larger states such as Germany become proactive, they are not necessarily successful.

Third, Germany is not ready to take on the leadership role within the EU that many have called for in recent years. The German tendency toward incrementalism and the strong German preference to act in a multilateral context both work against the possibility of making bold moves as a solo actor to drive certain agendas forward. Despite the fact that even within Germany numerous voices have been pushing for the adoption of a more influential leadership position, a country’s strategic culture usually changes only slowly, and this is definitely the case in Berlin.

Finally, looking beyond the EU, Russian behavior is highly unlikely to change significantly in the upcoming years, and certainly not in a manner that would be positive for the EU. Thus there does not appear to be room for a more Russia-friendly policy, nor does the EU as a whole seem likely to opt for a policy that criticizes and sanctions Russia more severely. Barring extreme actions by Moscow, the Joint Communication on EU-Russia relations which was published in June 2021 will probably continue to reflect the consensus on a possible approach to Russia for the foreseeable future, even after the German elections.

This is not to say that efforts to coordinate U.S. policy on Russia (or aspects thereof) with the EU cannot have any impact. Germany in particular is interested in strengthening the transatlantic relationship after the somewhat traumatic Trump period, and this includes cooperation regarding Russia, despite the differences on Nord Stream II. This interest is almost certain to continue under the next government. However, the differing U.S. and EU approaches to China (including the German one) are likely to complicate the coordination of policy toward Russia in ways that go beyond the scope of this short commentary.

Susan Stewart, is an expert on EU-Russia relations at the German Institute for International and Security Affairs (SWP) in Berlin.