Can India or Pakistan Break Deterrence? 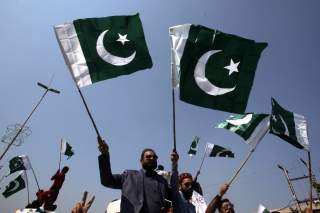 Exploiting Kashmiri disaffection and the transnational jihadist movement, Pakistan is waging a deadly guerrilla war against India in Kashmir. Usually, of course, sponsoring an insurgency in a more powerful neighbouring country would provoke a very costly response (eliminating the incentive to sponsor the insurgency in the first place).

Pakistan’s Kashmir strategy leaves India with two unpalatable options: live with the insurgency and terrorism that Pakistan promotes; or retaliate in a manner that crosses Pakistan’s nuclear red lines (as currently defined). Given the state of India’s military forces, India now has no choice but to live with the insurgency. But it’s no surprise to find that India is making a considerable effort to develop the counterforce and anti-ballistic-missile capabilities required to put option 2 on the table. It follows that the next crisis could play out very differently from the current one.

Kashmir is a quagmire for India because Pakistan can intervene in ways that keep the conflict going essentially for free. Pakistan’s civilian and military/security institutions are as one in supporting the insurgency in Kashmir, and the combination of the transnational jihadist network and the Kashmiri independence movement ensures that there’s no shortage of insurgents to support. That support doesn’t require any significant economic investment on Pakistan’s part, and the death and destruction that the insurgency produces don’t fall on groups that create political costs in Pakistan. So, Pakistan will continue its ideological and material support for the Kashmiri insurgency (to India’s considerable detriment) unless India can devise some way to impose a significant cost on Pakistan for doing so.

A realistic evaluation of India’s response to the 14 February suicide bombing that triggered the current crisis shows that India has simply not been able to impose such a cost. The response consisted of border clashes and a small number of airstrikes. But Pakistan’s forces along the border have easily been able to match the low-intensity Indian initiatives such as limited artillery barrages, and so these tit-for-tat exchanges haven’t led to any Indian advantage. And while the Indian Air Force has been a bit more aggressive, it’s clear that the Pakistan Air Force is more than capable of dealing with low-intensity Indian air operations.

However, each of these high-intensity actions (or anything similar) would cross one of Pakistan’s red lines and so trigger a risk of a nuclear response. Due to the current state of the India–Pakistan nuclear balance, India is unwilling to run that risk. Consequently, it has no effective response to Pakistan’s aggression in Kashmir.

To change the game that India is otherwise destined to lose, India must find a way to limit Pakistan’s nuclear threat. The way to limit this threat is to achieve nuclear superiority (which may not require an explicit change to Indian nuclear strategy). India is now striving to do just that.

Nuclear superiority will, somewhat paradoxically, enable India to exploit its massive conventional military superiority over Pakistan. If India has nuclear superiority, Pakistan will be far less willing to risk a nuclear exchange with India. Pakistan will then redraw its red lines in a much more conservative way. The more restricted red lines will in turn enable India to mount a much more vigorous conventional response to any Pakistani-supported or -facilitated attacks without triggering a Pakistani nuclear response. The potential for (or the reality of) a more vigorous conventional response will in turn substantially limit Pakistan’s incentives to support attacks on India.

India’s efforts to obtain nuclear superiority will induce a Pakistani response (if indeed they haven’t already done so). That means the arms race is likely to move up a gear. However, Pakistan is at a considerable disadvantage in this race as it is far smaller and much poorer than India. So, while Pakistan will probably be able to prevent India from acquiring a perfect first-strike capability, it will not be able to stop India from acquiring nuclear superiority.

It is now obvious to the entire Indian political-military establishment that the theoretically much more powerful India has no effective response to Pakistan’s subconventional aggression in Kashmir. This is not a sustainable situation, and India is now developing the nuclear and conventional capabilities required to put high-intensity response options on the table. If Pakistan continues on its present course, the inevitable next crisis is unlikely to end with pointless artillery barrages and pinprick airstrikes.

Kevin R. James is an economist in the Systemic Risk Centre at the London School of Economics.

This article by Kevin R. James first appeared in the Australian Strategic Policy Insitute’s The Strategist in 2019.