Can Iran and America Escape the Cycle of Hatred? 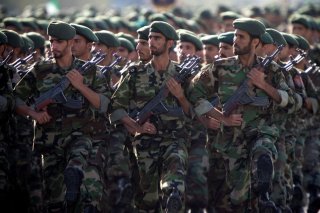 Most Americans view Iran as a wild-eyed fanatic Muslim country out to spread terror throughout the Middle East, and with a deep hatred for the United States. The truth however is a bit more complicated. With the continuing dysfunctional relationship between two nation-states that in other circumstances would be close allies, perhaps a look into the history between the two countries is worth a look and will reveal a way forward for them to find common ground.

The history of Iran, commonly known as Persia until the middle of the twentieth century, is of an ancient ethnic and political culture with a continuous history dating back to 7,000 BC. It was not until the first wave of the Iranic people from the steppes of Central Asia that the Persian culture did take on the distinctive feature of the common Iranian population at the beginning of the Iron Age. While Iran was a major empire in antiquity, the invasions by other empires at times reduced Iran to subject status, but the cultural and linguistic identity of the Iranian people prevailed, and the culture of the Iranian people was not lost.

The Muslim conquest of Iran (633 AD to 654 AD) is a major turning point in Iranian history. While the Muslim religion took hold, it served to reinforce Iranian culture when Islamization occurred. Before, the culture had been torn between several different religions. While the Sunni branch of Islam was dominant in Iran up to the sixteenth century; with the martyrdom of Hussain ibn Ali ibn Abi Talib in the battle of Karbala, the people of Iran began to shun the Sunni branch of Islam and became followers of the Shia.

Iran was officially neutral during World War II but was invaded by England and Russia. The invasion was caused by Russian and English concern over the Shah of Iran’s friendly demeanor to Nazi Germany. The major land route used to supply Russia by both England and the United States went through Iran. Both countries were concerned that the ruler of Iran, Reza Shah, would cut the supply lines between England and Russia due to his Nazi sympathies and his hostility to both Russia and England. The invasion began on August 25 and ended on September 17, 1941. Reza Shah was exiled by the British and died in South Africa in 1944. His son Mohammed Reza Pahlavi became the Shah of Iran in September of 1941. It was at the beginning of the entry of the United States into World War II that Washington became involved in Iranian geopolitics.

With Russian military forces fending off the Nazi German invasion in 1941 and the German offensive in southern Russia in 1942, the United States knew that its ally needed every soldier it could field against the German Army. So, beginning in 1942, the United States began to deploy troops to Iran to allow for the re-deployment of Russian and British military forces elsewhere. In the end, over 30,000 U.S. military personnel would be stationed in Iran during the war. However, it must be noted that the priority given to transporting supplies to Russia greatly hindered Iranian economic life by the United States monopolizing the road infrastructure and giving little thought to the use of the supply roads for local and internal Iranian commerce. This caused a great deal of animosity between the Iranian people and U.S. military forces.

In 1943, President Franklin D. Roosevelt sent a personal emissary to Iran, Patrick J. Hurley. Ambassador Hurley was tasked with making a low-profile analysis of the current geopolitical situation in Iran, and to make recommendations to President Roosevelt as to future U.S. diplomatic initiatives after the end of World War II. During Hurley’s trip, he spoke with Iranian leaders and assured them of the U.S. intent that they be an independent and sovereign nation at the end of World War II. Prior to Ambassador Hurley’s trip, Russia and England, in order to align themselves with the declarations of the Atlantic Charter, had signed the January 1942 Tripartite Treaty of Alliance with Iran.  The terms of the alliance stated that both Russia and England would respect the territorial sovereignty of Iran and would withdraw its troops from Iran at the end of the war. Nonetheless, Ambassador Hurley championed the independence of Iran, so that during the Tehran Conference in 1943, the United States pressured both Russia and England to affirm their intent to withdraw their forces from Iran at the end of World War II. The United States pledged to withdraw its forces as well.

The Hurley mission was not simply to analyze U.S. interests in Iran, but in the broader Middle East as a whole. With the emergence of the United States from its period of isolation, Roosevelt wanted to allow U.S. business interests to have a foothold in the Middle East. Part of this policy was to supplant British influence in the Middle East and to guard against further expansion of Communism into the Middle East.

Mosaddegh was an outspoken nationalist and had bitterly opposed the exploitation of the oil riches of Iran by foreign oil interests. In 1946, he was one of the principal leaders in opposing an oil concession to the then Soviet Union and was successful in denying the Soviet Union an oil concession similar to that which had been granted to the British-owned Anglo-Iranian Oil Company. His strident call of nationalism struck a chord with the Iranian people, and his popularity with the Iranian people forced the Iranian ruler Mohammed Reza Shah Pahlavi to appoint him as Premier of Iran. Upon the assassination of the Iranian Prime Minister Haj Ali Razmara by the hardline Fadaiyan e-Islam, Mosaddegh was appointed as prime minister by the Shah in 1951. Mosaddegh needing the support of the Ayatollah Abol-Qassem Kashani, the leader of the Fadaiyan e-Islam, allowed Razmara’s assassin to be pardoned by the Majles, the Iranian parliament, and strengthened the Fadaiyan movement. Mosaddegh needed religious support to force the foreign oil powers out of Iran. In 1953, during a power struggle with Mosaddegh, the Shah of Iran dismissed him, causing his supporters to riot in the streets of Tehran and forcing the Shah to flee to the United States.

It was then that the CIA, along with British intelligence, organized the coup to overthrow a democratically elected government in Iran. Mosaddegh was tried and convicted for treason in a kangaroo court and sentenced to three years imprisonment. When he was released from prison, he was placed under house arrest and died there in 1967.

From 1953 until 1979, the Shah of Iran ruled as an autocratic despot with the support of the United States government.

The 1979 Crisis and the Rise of the Theocracy

In 1905, a broad spectrum of the Iranian people began what is now known as the Constitutional Revolution with the aim of establishing a constitutional monarchy. It was the first time in Persian history that an influential group of Iranian leaders tried to set up a system of government based on the rule of law, and not by an authoritarian leader. It sought to resist the encroachment of the Western imperial powers and to limit the authority of religious institutions. While the revolution failed, a greater sense of nationhood was created by the movement and has had a profound influence in modern Iranian culture.

The 1979 Iranian Revolution has its roots in the long history of the intervention in Iranian internal politics by the West since the early twentieth century. The revolution was enormously popular among broad sections of the Iranian populace. While the revolt was instigated by the religious authorities in Iran, and from without notably by Ayatollah Khomeini, it was driven mostly by Iranian people’s anger over the constant interference by the Western powers in the internal Iranian political affairs, as well as the perceived rape of Iran’s natural resources by the West for its own benefit, while ignoring the legitimate needs of the Iranian people. The frustration of the growing divide between the many poor and the few mega-rich families in Iran also fueled discontentment.

A match was lit on January 7, 1978, with the publication of an article written by an agent of the Iranian government titled Iran and Red and Black Colonization attacking Ayatollah Khomeini as a British agent. This article immediately sparked riots in Qom, the ayatollah’s hometown. The rioting got out of control and on January 9, military units fired into the crowd with live ammunition. From there on end, the violence spun out of control, helped by the government’s incompetence in dealing with the violence. With Shah unable to manage the growing violence, the long-simmering discontent fed upon itself. When the United States under President Jimmy Carter refused to support the Shah, he was unable to hold onto power and left Iran on January 16, 1979. A month later, Ayatollah Khomeini returned to Iran to a rapturous welcome.