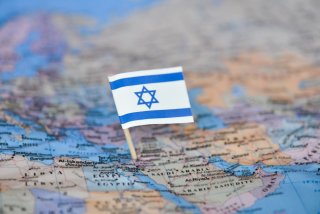 The new government is moving rapidly to pass legislation that will dramatically alter the role of Israel’s judiciary and the balance of powers. If, as appears likely, the legislation goes through, Chuck believes that Israel will have become an illiberal democracy, akin to Turkey and Hungry, within a matter of weeks. In effect, Israel will have only one branch of government, the executive, which will control both the legislative and judicial branches and in which those under indictment, including the premier, appoint their own judges. Danny agrees regarding the primary reform, the so-called “override law,” but sees merit to at least some of the other changes. He is particularly concerned by the proposed reforms’ impact on Israel’s international standing, including the danger of Israel being referred to the International Court of Justice. Both are deeply concerned by the politicization of Israel’s civil service and breakup of ministries for purely political purposes.

China is rapidly becoming a major player in the Middle East; no longer just in terms of oil imports, but in regional security affairs, as well. Xi’s visit to Saudi Arabia was designed at least partly as a counterbalance to China’s ties with Iran. Chuck emphasizes that one of the reasons for the Gulf countries’ interest in expanded ties with China is their decreasing confidence in the U.S. security commitment to them and the understanding that Israel, especially under the new government, cannot constitute even a substitute for the United States. Danny starts a discussion of the impact of U.S.-Chinese ties on U.S. ties with Israel, including the Phalcon case, one of the worst crises in U.S.-Israeli relations.

Chuck Freilich is a former deputy national security adviser in Israel. He is a senior fellow at The Miryam Institute and the author of “Israeli National Security: A New Strategy for an Era of Change” and the forthcoming “Israel and the Cyber Threat: How the Startup Nation Became a Global Superpower.” Twitter: @chuck_freilich

Danny Ayalon is a publishing expert with The MirYam Institute. He served as Israel’s Ambassador to the United States from July 2002 to November 2006, during which time, relations between the two countries reached an all-time high.