Can the Military Uphold Biden’s Pledge to Defend Taiwan? 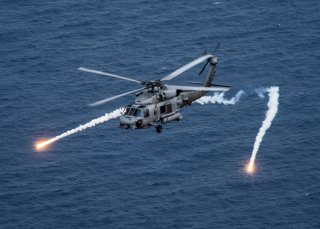 Despite the United States sending significant military aid to Ukraine, the Department of Defense (DoD) remains committed to preventing Russia’s invasion of Ukraine from escalating into a World War III-style confrontation between Russia and NATO. This has been evidenced by a number of key developments, including Washington’s reluctance to impose a no-fly zone, its rejection of proposals to transfer Polish fighter planes to Ukraine, and its refusal to commit any U.S. “fighters” or forces to defending Ukraine on the ground.

For instance, DoD’s decision to not send Patriot missile batteries to Ukraine, since it would require putting U.S. personnel on the ground in Ukraine to train the Armed Forces of Ukraine on how to use the system, was decided to keep U.S. soldiers out of harm’s way. In fact, Pentagon spokesman John Kirby was clear that this decision was in large measure due to concerns about possible escalation which might accompany such a move.

What about Taiwan? Does the United States operate with similar caution regarding a catastrophic confrontation with China over its “One China” policy? Certainly, a large-scale war with China could, in conventional terms, be much more threatening and serious than any NATO-Russia confrontation.

However, when asked about Taiwan during his trip to Asia, President Joe Biden explicitly stated that the United States would defend the island nation militarily, saying “Yes … that is the commitment we made.”

When asked about Biden’s remarks by a reporter at the Pentagon, Defense Secretary Lloyd Austin was non-committal and let Biden’s comments stand for themselves: “As the President said, our [olicy has not changed. He reiterated our One China Policy and our commitment to peace and stability across the Taiwan Strait. He also highlighted our commitment under the Taiwan Relations Act to help provide Taiwan the means to defend itself.  So again, our policy has not changed,” Austin said.

Taking military action against a Chinese invasion of Taiwan, however, will be a complicated operation, given that the island of Taiwan is only 100 miles off the Chinese coast. Support from several of Taiwan’s key regional allies, such as Japan and South Korea, can be up to 1,000 miles away depending upon a point of arrival. While South Korea operates a very large two-million strong military, largely to defend against a potential North Korean invasion, Seoul’s forces are far away and would face significant challenges in attacking and defeating a Chinese force that could quickly occupy, or potentially even annex, Taiwanese territory. Similar dynamics also exist with Japan: the country’s southern island chain is closer to 500 miles away from Taiwan, but it would also be difficult to mobilize and deploy elements Tokyo’s one-million strong force in time to deter a Chinese takeover.

With the military balance not in Taiwan’s favor, would South Korea and Japan decide to preposition a large number of armored ground forces on Taiwanese soil prior to any Chinese attack? It’s a pretty unlikely proposition, despite that once an occupying Chinese land force was entrenched and in control of the island, sending millions of Japanese, Korean, and U.S. forces in for an amphibious “liberation” exercise would be extremely costly and high risk, given the size of the People’s Liberation Army and its arsenal.

Therefore, should the Pentagon receive early intelligence that a Chinese invasion may be imminent, perhaps it might make sense for Japanese and Korean soldiers and ground forces to pre-position on the island for specific, clearly-stated defensive purposes only. Could that prove to be the deterrent Taiwan needs? They would lend Taiwan significant firepower, especially if they operated in close coordination with forward-positioned U.S. Navy assets. In fact, given the emphasis the U.S. Navy puts on its forward “presence” in the Pacific, it seems conceivable that a U.S.-led coalition of allies could actually destroy a Chinese amphibious attack on Taiwan before it could succeed. However, such an operation would likely depend upon how many U.S. Navy assets could be forward deployed, how many submarines could respond, and the speed and scale with which ocean-launched U.S. fifth-generation F-35 stealth fighter aircraft could get into the air in sufficient numbers to achieve air superiority. This is all a tall lift for the United States, especially considering that China has been preparing for just such a contingency for years and operates a large enough missile force to deliver some real pain to U.S. and allied forces coming to Taiwan’s rescue.